NYC Inmates Call 311 To Report Mistreatment, But Is Anyone Listening?

Over the course of eight months in jail, Jonas Caballero has earned an unusual nickname: “Mr. 311.” Caballero, 36, tells Gothamist that corrections officers at the Brooklyn Detention Complex on Atlantic Avenue call him this because he files so many grievances, both through the jail’s formal written complaint system, and more often, by calling 311, the city’s 24-hour helpline.

“I’ve easily filed about 40 complaints with 311” while incarcerated says Caballero, who is facing charges for a first-time nonviolent felony drug offense.

Caballero has filed grievances about a wide range of issues. In one instance after being hospitalized for a heart procedure, he returned to find all of his personal belongings—books, clothing, and items from the commissary—had been removed from his cell. He filed written grievances and called 311 more than once, but says he hasn’t received a response, or his stuff. He lodged another complaint when tar fumes from construction nearby the jail wafted continuously into his cell while the jail was on lockdown, causing nosebleeds and headaches—again, no response.

Many of Caballero’s complaints are related to repeated failures by the City’s Department of Correction to transfer him to a facility with a doctor on days he has appointments. Because of Caballero’s frequent missed appointments and his history of heart disease, as well as a precancer diagnosis—as of June 22 he had missed six—he fears he will die in jail before his trial date in August.

After missing his sixth appointment, Caballero approached the deputy warden of the jail to tell her what happened. “Instead of investigating, they told me ‘That sounds like a 311 call. We can’t help you with that,’” he said in an interview at the jail.

In 2015, the Department of Correction made 311 calls free for people in the city’s custody, waiving the 50 cent call initiation fee, plus the 5 cents per minute fee after that. Between FY 2016 and FY 2017, the number of complaints about the city’s jails made via 311 increased by 49 percent, according to a report released last month from the New York City Board of Correction, a jail oversight body run by the city government. During that time period the helpline received almost 30,000 jail-related calls from people in custody, as well as from family members and loved ones on the outside. (The report notes it is unclear how many of these calls are duplicative.) Meanwhile over the same period, the number of written grievances dropped by 15 percent.

The DOC made 311 calls free, Office of Constituent and Grievance Services (OCGS) director James Boyd says, “to show the department’s commitment that inmates have a credible outlet to file their complaints Monday through Sunday.”

But calling 311 doesn’t technically trigger the formal grievance process. The person taking the call must communicate the complaint to the OCGS, and then a staff member must follow up with the person who lodged the complaint to assist them in filing a grievance. In part, the problem is that the DOC hasn’t effectively informed people in custody about this process, leading people to believe calling 311 is the same as dropping a written grievance form in a box at the jail, according to people in custody, the Board of Correction, and advocates. That confusion extends to all parts of the grievance system, according to the Board’s report, which states that it is unclear how many of the prisoners’ 311 calls are actually addressed.

“People in custody are not told when they can expect a response, or how the investigation process works,” said Emily Turner, the Board’s deputy executive director of research at the BOC’s June 12 public meeting.

Caballero has also filed dozens of written grievances, a process he says is just as fruitless. And medical complaints are referred to the Correctional Health Services, not OCGS. Between FY 2016 and 2017, the total number of complaints rose by 51 percent, and 86 percent of those health-related complaints were made via 311 and Legal Aid, according to the report.

“There really is no such thing as a grievance procedure—it exists on paper, but in practice it’s a joke,” Caballero said. 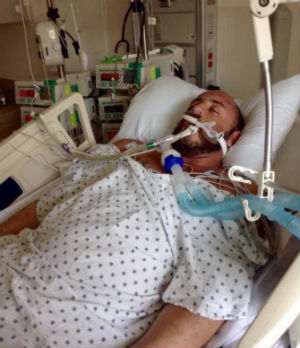 In its intended form, the jail grievance system is more than just a way for people in custody to be heard and for staff to catalogue and ameliorate problems in the jails. First established by the Board of Correction and the DOC in the 1980s, following uprisings in New York prisons and jails in the ‘70s, the system was developed partly to better maintain order and to prevent violence. When the federal Prison Litigation Reform Act (PLRA) was enacted in 1996 as a response to the rising numbers of lawsuits filed by inmates, the grievance system became a requisite obstacle course for those seeking relief in the courts. Under the PLRA, inmates must exhaust all administrative remedies (i.e. the grievance system) before they are allowed to file a viable lawsuit.

“Before the PLRA interjected, it didn’t matter if you used the grievance system or not,” says Dale Wilker, a Legal Aid attorney who has worked with the organization’s Prisoner’s Rights Program for 34 years. “[The PLRA] exists specifically to try to suppress the rights of inmates, and there’s no pretense about that.”

That the grievance system is a necessary hurdle for people like Caballero to overcome before they can be heard in court makes its current dysfunction all the more problematic. In particular, the Board’s report notes that for those who do receive a grievance resolution from OCGS, the process to appeal a denial of their complaint is unclear. At the bottom of the resolution document is a space where inmates are supposed to indicate that they accept or reject the decision. Wilker describes this text as “like the fine print on a loan document.”

The DOC “problematically considers a complaint informally resolved if grievants do not indicate on the form” whether or not they accept the outcome, according to the Board’s report—making the department’s designation of 95 percent of all grievable complaints filed in FY 2017 “informally resolved” questionable. Of 262 complaint resolution forms reviewed by the Board, 58 percent “appeared incomplete.”

Boyd, the OCGS director, says the report mostly “reflects a system we’re working away from,” and doesn’t represent some of the updated systems being implemented to improve the response process. One of those systems is an electronic service desk for tracking complaints, which was introduced in 2017. Previously, the system was largely paper-based. Boyd says that between May 2017 and May 2018, since introducing the electronic system, “response times have increased by 70 percent across facilities.” (Data backing this claim up is not currently publicly available.)

Yet that improved response time doesn’t seem to comport with the reality on the ground for those seeking recourse through their complaints. Kelsey De Avila, a jail services social worker for Brooklyn Defender Services who spends multiple days a week at Rikers, says that while she has seen slightly more confirmations from OCGS that they have received grievances over the last year, follow up after that hasn’t improved. “Under the current [grievance] system, the city is only contributing to the harm it so boldly tries to deny, De Avila says.

While Boyd claims that grievance forms “are accessible to all inmates,” 37-year-old Erika Walker of Brooklyn says that’s not the case for her husband, who was recently transferred from Rikers Island to a prison upstate.

Walker’s husband has paraplegia, and uses a wheelchair. Because of this, she says he relies on corrections officers to both bring him grievance forms and file them, which rarely seems to happen. On one occasion, she says an officer at Rikers ripped up the form in front of him after he filled it out. She says she does her best to advocate for him on the outside by calling 311 and filing written grievances, but never hears back.

“I just keep on calling, keep on talking, and hopefully they get tired of hearing from me and do something,” Walker tells Gothamist. “I feel like they don’t care. If your system is for us to call and make a complaint, at least have the decency to contact someone back.”

Boyd concedes the system is imperfect: “We agree with the Board that there’s a lot more that needs to be done.” One such project is a plan to put up posters all over the jails that better explain the byzantine complaint system and appeal process. As for when that might happen, Boyd said OCGS is “looking at designs right now,” but didn’t offer a timeline.

After not receiving responses to complaints during his first few months in jail, Caballero began tracking each grievance he filed. He now has tracking numbers for at least 19 calls to 311 that he says haven’t been resolved. (OCGS did not respond to a request for the status of those specific grievances, for which Gothamist provided tracking numbers.)

Caballero says he did receive a response to one grievance he filed after being assaulted by a correction officer. (Complaints about DOC staff are not considered one of the 29 grievable offenses handled by OCGS, and are handled separately.) “That one was transferred to an investigative unit—it got where it needed to go,” he says.

Still, Caballero fears for the worst, as he continues to make calls and file grievances into an unresponsive void. “It’s a lot of work and it’s tedious, but I’m trying to stay alive,” he says. “My mom shouldn’t have to bury me.”

Rebecca McCray is a Brooklyn-based journalist. Follow her @rebeccakmccray.

#311
#department of correction
#jails
#original
Do you know the scoop? Comment below or Send us a Tip