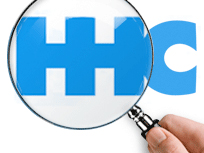 New York City's Health and Hospitals Corporation (HHC) has added a section to its web site where residents can see how city hospitals stack up against each other and against state and national benchmarks. HHC operates 11 hospitals and four long-term care facilities in the city. The Associated Press reports that information available to healthcare consumers at the HHC site includes data like mortality rates, adherence to "best practices" treatments, rates of pneumonia and infections developed while under care, and the rate of pressure ulcers and falls while in long-term care.

Highlights of the data include the fact that patients have the best chance of surviving a heart attack when taken to the hospital at Coney Island. Its mortality rate after 30 days is 13.8%, the lowest of the 11 HHC hospitals and below the state rate of 15.6%. Queens residents should beware of Elmhurst, which has the worst mortality rate at 18.0%. HHC hospitals shine when it comes to preventing surgical infections, with a rate of 85.1%. That is significantly better than the state and national averages of 76.0% and 74.5%, respectively. Pain management at HHC's four long-term care facilities can vary widely. The percentage of patients with moderate-to-severe pain between January and June 2006 was 26% at Coler-Goldwater, but only 7% during the same period at HHC's Sea View facility.

HHC was formed in 1970 by the state legislature as a public benefit corporation to operate the city's hospitals and all of its workers are public employees. We think it's encouraging to see the organization putting information into the hands of healthcare consumers so they can make more informed decisions about their care.