More than 200 group day care facilities in New York City remained open this year despite the fact that they have consistently failed their annual health and safety inspections, according to a new report [PDF] conducted by a group of State Senators. Prompted by a tragic death in July, the report notes that among NYC-licensed day care facilities, almost 90 have been consistently slapped with the same violations, one year after the next.

Between 2013 and 2015, NYC group daycares have accumulated an average of eight violations per provider.

These violations range in scope—from unlicensed teachers, to teachers without CPR training or background checks. Some group daycares consistently failed to provide adequate hand-washing stations, while others had cluttered hallways.

Of the nearly 11,300 day care facilities in NYC, only 2,272 of them are licensed by the city. The other 9,027 are state-licensed, and are required by law to conspicuously post any violations. There is currently no such requirement at the city level. 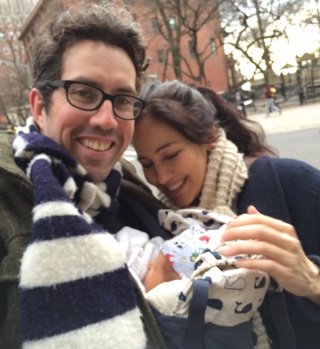 Lee Towndrow and Amber Scorah, whose three month old son Karl died on his first day at Soho Child Care in downtown Manhattan, are optimistic about the legislation. In their case, the day care facility they chose wasn't even licensed to begin with.

"There is no incentive for day care providers to change," Scorah, who works in publishing and occasionally contributes to Gothamist, told us. "The process for finding out about violations is not very open, and most parents have difficulty tracking this information down."

Scorah and Towndrow, a photographer and filmmaker who has also contributed to Gothamist, both work full time. They say they were hesitant to send their infant to daycare, but felt that they had no other option. When it came to choosing a facility, they relied on recommendations from close friends.

"In our case, the teacher had a write-up in the New York Times, and we knew people who had sent kids there," Scorah said. "We toured it, and we were told something that wasn't true."

It turned out that the facility was over-capacity, and that none of the teachers were trained in administering CPR.

As part of this week's report, undercover IDC investigators visited day care facilities with 100% inspection failure rates between 2013 and 2015, and found that more than half of the day care operators denied having a history of violations. Nuestros Ninos Day Care Center in Brooklyn failed 18 consecutive inspections. In five instances, indoor temperatures were below the required 68-72 degrees fahrenheit in winter. When investigators visited, a staff member denied any violations.

There have been 162 health and safety complaints filed against city-licensed daycares in 2015 to date, compared to 186 in 2014 and 192 in 2013. According to a spokeswoman for the Department of Health, 36 un-permitted daycares have been shut down this year so far, compared to 49 last year, and 57 the year previous.

The DOH's Bureau for Child Care added a new central investigative unit earlier this year. Before 2015, there was no city staff assigned solely to addressing daycare complaints.

"There's nothing more important than the safety of our children," said the Health Department in a statement. "We have a robust inspection process in place, with publicly accessible resources on specific daycare sites for parents. We will review this proposal."

The Health Department recently overhauled its Childcare Connect website, which allows parents to search inspection records at day care facilities, and sign up for text alerts about scheduled health and safety inspections.

"Without a solid paid parental leave program in the US, you can choose to step away from your job, but then you lose your health insurance and your income," Towndrow said. "You're putting your child more at risk."