A children’s advocacy group has found that large numbers of NYC charter schools are violating state and federal law in their disciplinary practices, handing out excessive suspensions and expulsions—often without due process—to children as young as five.

Through Freedom of Information Law requests, Advocates for Children of New York (AFC) obtained the discipline policies of 155 out of the 183 total charter schools in NYC during the 2012-2013 school year and part of the 2013-2014 school year. Their report, "Civil Rights Suspended," examines how those policies fail to protect students and details some of the most egregious allegations of excessive discipline.

Of the 164 disciplinary policies from the 155 schools (some schools had multiple policies for different grade levels), the report found:

The first finding—that students are being suspended and expelled for behavior violations—is especially significant for students with disabilities, says Paulina Davis, Staff Attorney with the AFC's Charter Schools Initiative. “If you have ADHD and you can get an infraction for getting out of your seat without permission, or calling out in class, then you’re someone who is more likely to incur those types of infractions,” she explains.

City charter schools are not subject to the same disciplinary regulations as public schools under the Department of Education’s Discipline Code; instead, they are governed by the New York State Charter Schools Act and the state constitution. They must also comply with federal law, including IDEA (Individuals with Disabilities Education Act), and Goss v. Lopez, a decision which regulates due process requirements for suspensions. The AFC report alleges that findings two through seven violate state law, while findings four, five, and seven—those having to do with due process and disability protections—violate federal law. 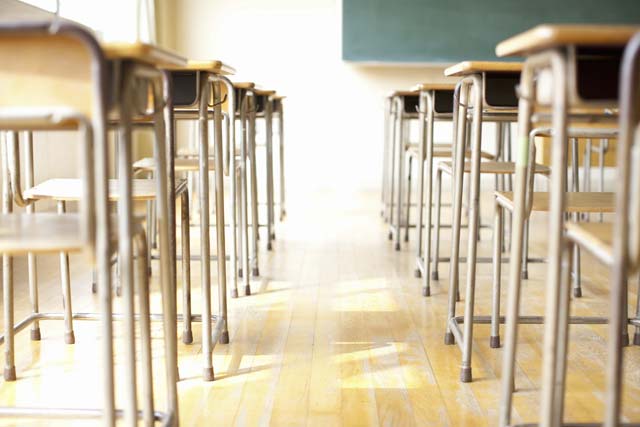 The report describes a 10-year-old boy with ADHD who was suspended from his charter multiple times for those exact behaviors, missing over twenty days of school. Another boy with ADHD faced expulsion after throwing a bag of food on the floor and sweeping it up with a “bad attitude”—he had already been suspended three times. A five-year-old girl was suspended three times while her mother waited for her disability evaluation, then expelled for accumulating those three suspensions.

AFC has provided legal guidance or representation to over 100 parents in charter suspensions or expulsions in the past year and a half, they write in the report. But James Merriman, CEO of the New York City Charter School Center, says the incidents are isolated. In a statement issued to Gothamist, he writes:

“No one can disagree that those policies that do not fully meet applicable law should be amended. But it is tremendously unfair to suggest, as AFC does, that a handful of one-sided anecdotes compiled over a long time are any evidence that charter schools are wholesale violating civil rights laws. Based on AFC’s own evidence, only one tenth of one percent of students in charters have over the last 18 months lodged a complaint, a figure that strongly suggests that what problems there may be are extremely rare, isolated and the exception.”

Donna Lieberman, Executive Director of the NYCLU, says the AFC report is "welcome, and shines a light on the structural problems in the charter schools with regard to accountability for fairness and equity in school discipline. The report confirms what we have been hearing for years now, and what the governor even alluded to in his state of the state message, the problem of schools that are engaged in pushing out difficult kids. He referred to it as 'preening.'"

Lieberman argues that the state education department "has an obligation to ensure that charter schools respect the right of children to go to school, and act in accordance with the common sense principals that, when you agree to educate a child, you can't throw them out just because they behave like a child."

Meanwhile, the city’s public schools await an overhaul to the Department of Education’s Discipline Code, which has been criticized repeatedly for disproportionately suspending black and Latino children. There were 53,000 suspensions in the 2013-2014 school year, 90% of which were given to black or Latino students. Students with disabilities are also suspended at extremely high rates by the DOE—of the 53,000 suspensions from 2013-2014, 36% of them were students with disabilities.

Molly Knefel is a freelance journalist and co-host of the political podcast Radio Dispatch.

#adhd
#charter schools
#department of education
#education
#original
Do you know the scoop? Comment below or Send us a Tip