Gone are the days of sweltering summer heat, and with them, the perennial question of air conditioning and whether it should be allowed to pour out of open doors and onto the street.

But summer will return eventually, and for the first time ever, city businesses are subject to a new law that requires them to keep their doors shut when running their cooling systems.

"I know I’m not the only one who has walked past open doors to feel a blast of cold air pouring out. We don’t need to be cooling our sidewalks!" Mayor Bill de Blasio said in a release. "By requiring businesses to simply close the door, this bill is a win on multiple fronts, and is a small, but important part of our efforts to fight climate change."

Owners who break the new law face fines ranging from $250 for the first offense, to $1,000 for repeat violations. This seems like an overly gentle slap on the wrist for businesses willing to pay extravagant ConEd bills so they can blast air conditioning onto the sidewalk, but it's a start. Restaurants with outdoor spaces are exempt, as are sidewalk cafes and walk-up counters.

The law is actually an expansion of a years-old requirement that chain stores keep their doors shut when running the A/C, though you wouldn't know it by strolling through Soho in the summer. The Department of Consumer Affairs also launched an outreach effort encouraging businesses to "Shut the Front Door!,” blanketing the streets with 200 volunteers at 45 business corridors to stress the "environmental and financial impacts" of leaving the doors open.

Such a breathtakingly simple measure should be without controversy, especially as the city lurches toward its goal of reducing carbon emissions by 80 percent by 2050. Still, the Times managed to wring a dissenting opinion from the lawyer Robert Bookman, who finds the new requirement anti-small business.

“Businesses pay their own electric bill,” he said. “I think it’s their business, and not the government’s business, about how much electricity they should use.” He also added that the “extra few hundred dollars a month” that owners pay in electric fees could be worth it if it means drawing sweaty moths to their climate controlled flame.

To which we say: 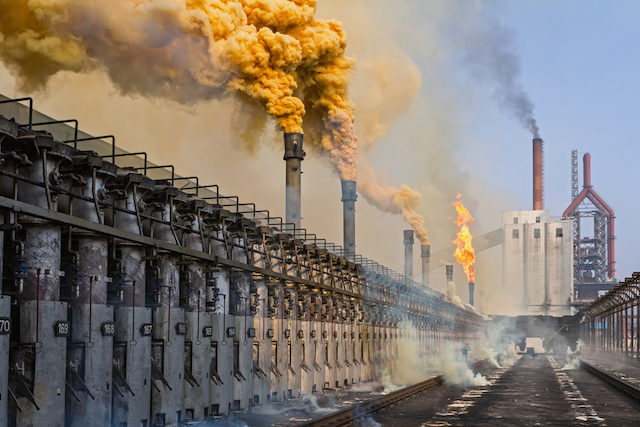 #air conditioning
#climate change
#global warming
#summer
Do you know the scoop? Comment below or Send us a Tip