The NYC Parks Department has reopened city beaches for swimming today, following four days of sad closures caused by post-tropical storm Hermine. While the storm did not cause the flooding damage that was initially feared, it did linger in the Atlantic to our southeast for days, causing potentially dangerous riptides and strong surf.

City beaches were closed starting on the Sunday before Labor Day as a precautionary measure—Mayor de Blasio warned New Yorkers, "Do not even put your foot in the water on Sunday, and most likely several days after." This admonishment was generally obeyed by swimmers but scoffed at by surfers, who took advantage of the big waves throughout the closure. Some in the Rockaways were issued summonses for surfing. Worth it?

Fun day on Eastern Long Island today! Boo on the Mayor of NYC for handing out tickets for $250 for surfing🖕🖕🏽👎🏽 in #rockawaybeach Too bad for them we brought our $ and love across city lines and it was better west anyways! #eastcoastsurf #longisland #hermine #herminewaves #surf #backsideattack #screwthesurfbannyc #stopthemayor #funsurf

NYC beaches have traditionally closed for swimming after Labor Day, but like last year, they've been kept open an extra week, meaning swimming is permitted and lifeguards are now on duty, through Sunday September 11th. The beach at Jacob Riis park in the Rockaways has also been closed for days due to Hermine, but the swimming ban has been lifted and the beach will be open through the end of Sunday. (Concessions will also be open at Jacob Riis this weekend, according to the Riis Park Beach Bazaar organizers.)

This is all swell news, as a heat advisory is in effect for Thursday, and you've just come down with a bad case of food poisoning that's going to force you to take the rest of the day off, isn't it? Hope you feel better. 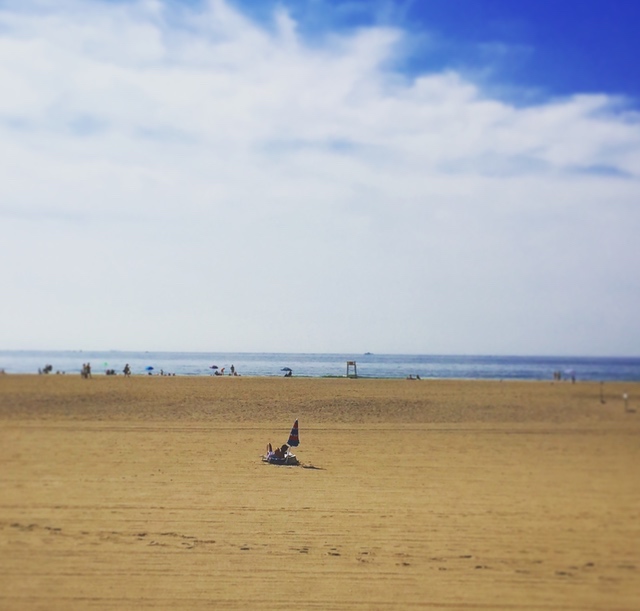 #beaches
#hermine
#nyc
#swimming
Do you know the scoop? Comment below or Send us a Tip