NY1 Reporter Canned After Crank Call to "The Call" 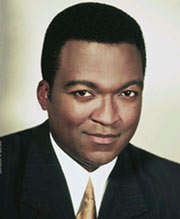 A NY1 spokesperson told the News that the journalist who logged 15 years at the cable station "left New York 1 to pursue other options," but NY1 sources "said Ramsay committed journalistic suicide" with the crank call, where he said he was "Dalton, from the upper East SIde." The Daily News doesn't explain what "Dalton"'s views were, so if anyone was watching, let us know!

Ramsay's contract was supposedly up anyway, but had been expected to continue at NY1 through the end of the year. Last year, a former NY1 reporter accused Ramsay, amongst other NY1 staffers, of sexual harassment; Adele Sammarco alleged Ramsay "attacked" her and stuck his tongue down her throat after a party. His bio has been removed from the NY1 website, but you can see a cached version here.