The Metro Editor for The New York Times has resigned following an investigation, according to an email sent to the newsroom on Monday.

The email, from Executive Editor Dean Baquet and Managing Editor Joseph Kahn, says that Wendell Jamieson's resignation came "after an investigaton," and notes that Susan Chira will act as interim Metro Editor effective immediately. The email also includes a statement from Jamieson.

“Leading Metro for the last five years and working with the incredible Times team has been the high point of my professional life. I regret ​and apologize for ​my mistakes and leaving under these circumstances," Jamieson's statement reads.

"I'm especially proud of all the talent I've helped bring to The Times. Susan Chira is a wonderful editor, a true New Yorker, and I know Metro will rise to even greater heights under her leadership.”

Baquet and Kahn also note that, "To protect the privacy of those involved, we do not intend to comment further."

Chira is the senior correspondent and editor on gender issues, according to her Twitter bio. 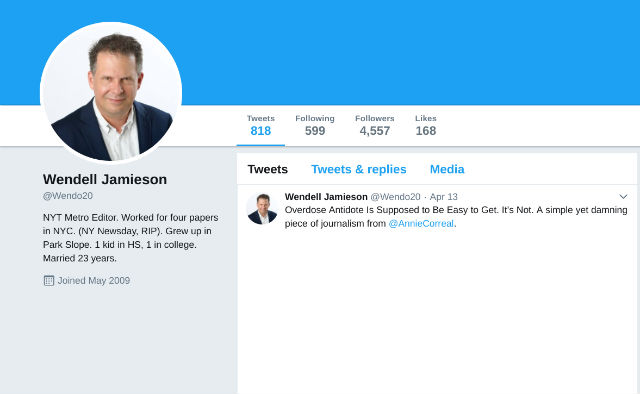 Eileen Murphy, a spokesperson for the Times, confirmed the resignation and declined to comment further. Jamieson has not yet responded to our request for comment.

#metro
#new york times
#wendell jamieson
Do you know the scoop? Comment below or Send us a Tip