The new $175 billion state budget, in true Albany fashion, manages to both thrill and deeply frustrate. Approved just before the April 1st start of the fiscal year, it’s the first one Governor Andrew Cuomo ever had to negotiate with a fully Democratic legislature—a fact that boggles the mind, until you consider the warped gravity of a state capital Cuomo has bent to his will for so long.

For the resurgent progressives, there are clear victories. Cash bail has been eliminated for misdemeanors and nonviolent crimes, and prosecutors will be forced to reveal exculpatory evidence to the defense far earlier in the discovery process, rectifying one of the most disturbing flaws of New York’s criminal justice system. Speedy trial reform became a reality.

Two years after Assembly Democrats stopped New York City from charging a fee for plastic bag use, the bags will be banned altogether, statewide, next year. New York will also become the first U.S. city with a form of congestion pricing. None of this would have happened if Republicans still controlled the State Senate, as they did for most of recent history.

Congestion pricing appears to have coalesced on Cuomo’s terms: The executive branch and suburban lawmakers will have dominion not just over the subway system but the city’s streets, too. A traffic mobility review board will decide the exact cost of the tolls, where they will be placed, the technology deployed, and which residents receive carveouts. The mayor of New York will appoint one member of the board, and representatives from suburban districts will get to pick two.

This cannot be understood merely as another Cuomo-driven attack on New York City and its leftist legislators, like the governor’s quiet power grab to be allowed to remove members of the Public Authorities Control Board. It is also an indictment of Mayor Bill de Blasio, who long opposed congestion pricing on the dubious belief that car owners should be a protected class. De Blasio never took an interest in the particulars of congestion pricing once he became a late convert to the cause, failing to win more mayoral appointees to the new mobility review board. His failure today will punish his successors.

What the budget process revealed, for all those progressive insurgents who hoped to radically transform Albany overnight, was how change, at least initially, won’t be so seismic. Major decisions were still made in the dead of night with scant oversight. An MTA chair was confirmed, somehow, with hardly any public notice as the budget was passed.

Legislative leaders capitulated to Cuomo’s obsession with an on-time budget, sacrificing transparency and several laudable policy goals, including the legalization of marijuana and a system of public financing for state elections. (By not including legalization of marijuana in the budget, passage during the remainder of the legislative session will become much more difficult.) 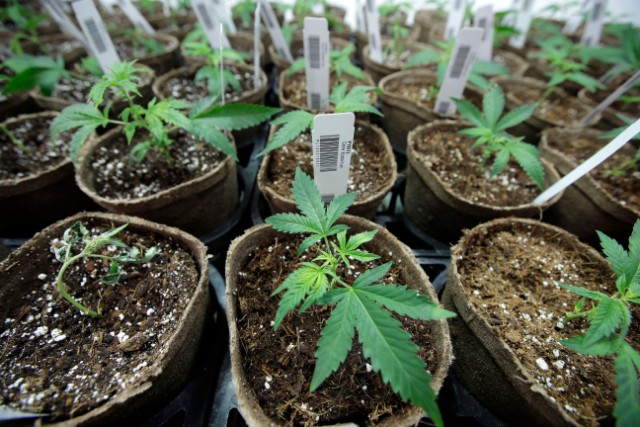 Progressives have called for a 6-to-1 matching funds system modeled on New York City’s; instead, a final decision on public financing will be a punted to a commission that could end up stacked with plenty of political figures appointed by public financing skeptics. Assembly Speaker Carl Heastie did not advocate for a matching funds system. His college roommate, now one of the state’s most powerful lobbyists, complained taxpayer dollars would be used to fund “clowns that have no chance of winning.”

Proponents of public financing of elections should understand what it is and what it isn’t—it’s the isn’t that foreshadows the titanic fight ahead. By strictly limiting the size of donations and matching smaller ones, a campaign finance system like New York City’s incentivizes candidates to chase small donors. They are rewarded for begging for $10. This is the system’s greatest achievement and why, for all its flaws, it remains a national model.

Many of the well-meaning activist groups also believe such a system would diminish the influence of New York’s most powerful lobby, the real estate industry. We are in an unprecedented moment: An increasing number of mainstream New York Democrats are actively rejecting real estate money and speaking openly about the industry’s pernicious influence on our politics. Both City Council Speaker Corey Johnson, who will be a front-runner for mayor in two years, and State Senator Michael Gianaris, the number-two-ranked Democrat in the upper chamber, have publicly rejected real estate developer cash.

First, we should appreciate how radical a break this is from the recent past. Even self-identified progressive politicians, as recently as a few years ago, were begging for donations from the Real Estate Board of New York, the industry’s lobbying arm, and their wealthy members.

In 2013, de Blasio ran for mayor as a proud leftist while courting major developers like Bruce Ratner and Jed Walentas. This was notable, in retrospect, less for de Blasio’s hypocrisy than for how few voters and activists really cared. Any serious candidate for mayor was supposed to grovel to these people. That was the New York we knew.

Despite Alexandria Ocasio-Cortez’s stunning victory last year over REBNY favorite Joe Crowley and the demolition, perhaps forever, of the Republican State Senate majority, the real estate industry is still a power to behold. After Cuomo and Senate Democrats expressed mild support for a tax on non-resident-owned properties valued at more than $5 million, real estate developers lobbied quickly to kill any hopes of such a tax. The so-called pied-à-terre tax died quickly. That aforementioned Heastie college roommate, Patrick Jenkins, was a lobbyist for one of the developers who helped block the tax, William Zeckendorf.

The sobering truth is that it will take more than public financing of elections to alter this enduring dynamic. The real estate lobby can still bully the New York City Council when it needs to. De Blasio’s wholehearted belief in the city’s campaign finance system has not, in any way, diminished the lobby’s ability to influence him and members of his administration.

Someone like Gianaris, who once gladly fundraised from REBNY, only changed his mind after watching Ocasio-Cortez throttle Crowley on his home turf. Johnson would not have been speaker without Crowley’s help, and chased real estate dollars to fuel his bid. He too recognized the progressive insurgency and adjusted accordingly.

This is why primaries continue to be important. Assembly Democrats who haven’t competed for votes in decades should prepare themselves for 2020. Matching funds won’t go far enough. Lawmakers, in time, will have to be replaced or forced to radically rethink how they approach real estate and the city.

Until very recently, Democratic elected officials in New York overwhelmingly embraced neoliberalism. The city was viewed, when healthy, as an investment vehicle for capital, real estate, and finance, the engines that must be stoked without end for prosperity to continue. Despite their rhetorical differences, there was clear continuity between Michael Bloomberg, a billionaire who openly boasted that he wanted to make the city into a “luxury product,” and de Blasio, a liberal Democrat. Democrats in the City Council, state legislature, and executive branches of city and state government never questioned the consensus undergirding most serious decisions made in this city: What’s good for real estate is good for everyone else.

Skyrocketing rents, tenant harassment, and displacement have taught most New Yorkers this is not the case. The relationship between real estate and government needs to be reimagined, if it's going to become a human right and no longer merely a money-making opportunity for a small cadre of developers. The negotiations that took place over the first state budget under full Democratic control in a decade demonstrated that this has not happened yet.

The good news, for tenants and anyone without millions in capital to invest in luxury real estate, is that there will be a second act this year. Rent laws expire in June. It’s no coincidence that the loudest voices calling for universal rent control—applying rent regulations to all apartment buildings—are newly elected state senators like Julia Salazar and Zellnor Myrie. These new Democrats will have to fight to take the profit motive out of housing—or convince veterans that not doing so will cost them their political careers. Real estate developers know the power of the threat. The left is learning it, too.

#andrew cuomo
#state budget
#analysis
#original
Do you know the scoop? Comment below or Send us a Tip