This comes ten years after former NY State Comptroller Alan Hevesi resigned, after it was revealed that he used state employees to chauffeur his sick wife around. Then it turned out Hevesi accepted $1 million in bribes to direct pension fund money to specific funds. 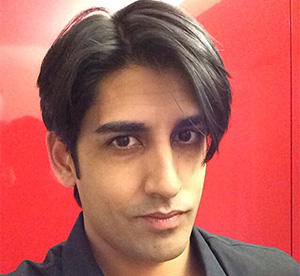 According to the U.S. Attorney's office, Kang signed a Code of Conduct—implemented after the Hevesi scandal—specifically stating he would hold himself to the "highest ethical, professional and conflict of interest standards." 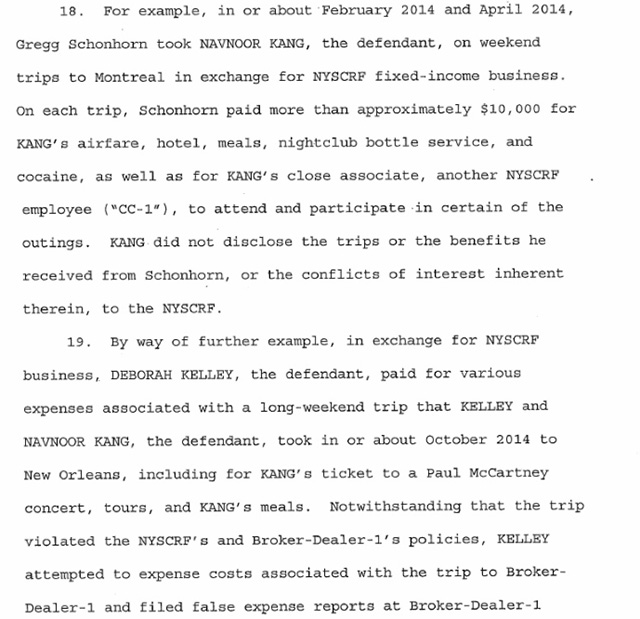 At one point, the investment firms were making millions in commissions, with Kelley and Schonhorn making 35-40% of that. That's probably why it was easy for Schonhorn to buy Kang a $17,000 luxury watch: 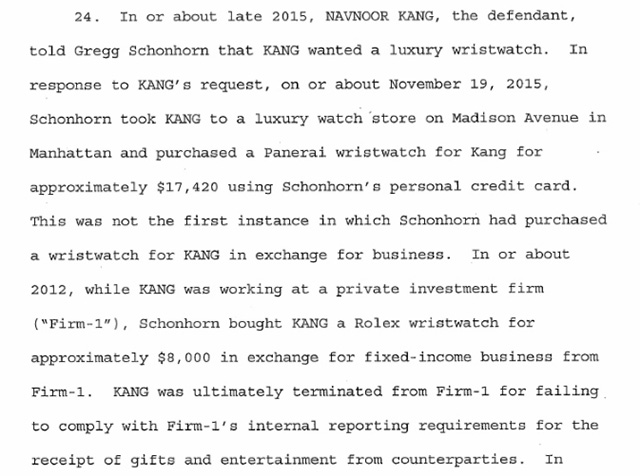 Kang recommending using Schonhorn and Kelley on deals that didn't even need brokers. It's believed the total value of the bribes was $1 million. 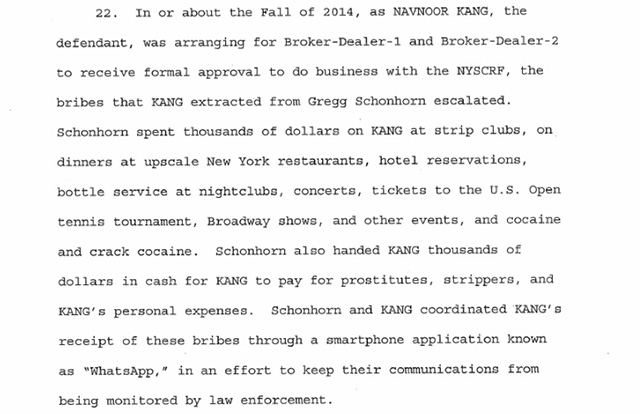 Kang, currently Chief Strategy Officer at media company Fair Observer, was arrested in Portland, Oregon. U.S. Attorney Bharara said, "The hard-earned pension savings of New Yorkers should never serve as a vehicle for corrupt, personal enrichment. The intersection of public corruption and securities fraud appears to be a busy one, but it's one that we are committed to policing."

Today, NY State Comptroller Tom DiNapoli said, "The New York State Common Retirement Fund has absolutely no tolerance for self-dealing, and we are outraged by Mr. Kang’s shocking betrayal of his responsibilities. In February 2016, he was dismissed. As the criminal indictment says, he secretly circumvented our rigorous ethical standards and policies."

Governor Andrew Cuomo hadn't seen the indictment when asked about it this morning, but according to the Times Union, "[H]e did malign the fact that the New York comptroller is the pension fund’s sole trustee while other states have boards that control their funds. 'The temptation for corruption and bribery and bid-rigging is very, very high given the system we have,' Cuomo said, noting that he brought a pay-to-play pension fund case against former Comptroller Alan Hevesi when Cuomo was attorney general. 'It is a chronic problem,' he added. 'It has been in New York state. It has been in controller’s offices across the board, but not as bad as in New York because in New York we have the sole trustee.'"