In one week last month, the district attorneys for Manhattan and Brooklyn announced that they would no longer prosecute marijuana-possession offenses, the Daily News endorsed legalizing pot in a front-page editorial, and Governor Andrew Cuomo said that a study he’d commissioned on the issue would be ready within “days.”

Despite all that, New York State is extremely unlikely to legalize it this year. Cuomo is doing more political ass-covering than legislative arm-twisting. While the Assembly could pass a bill, the Marihuana Regulation and Taxation Act, in the last week of its session, the odds in the state Senate are next to nil without a “Democratic takeover,” says sponsor Senator Liz Krueger (D-Manhattan).

But with the first legal pot stores scheduled to open in Massachusetts on July 1st and New Jersey Governor Phil Murphy pushing the issue just across the Hudson, it’s starting to look like a question of “not if, but when,” as Senator Krueger told Gothamist earlier this year.

That means cannabis-legalization advocates are turning to the question of “not if, but how.” Perhaps foremost is how the legal marijuana business can be structured to avoid being dominated by a semi-monopoly of rich and politically connected people and include the people hit hardest by prohibition, urban poor-neighborhood potheads and rural hippie farmers.

“This is a social-justice issue,” says Assemblymember Crystal Peoples-Stokes (D-Buffalo), who is sponsoring the bill in the Assembly. From Buffalo to Brooklyn, she argues, the neighborhoods hit hardest by mass incarceration all suffer from blighted housing and poor schools, so “dollars have to be invested in those communities.” If legalization doesn’t create a system that does that, she says, it hasn’t done its job. In upstate New York, she adds, growing marijuana legally “could sustain a lot of farmers.”

The Marihuana Regulation and Taxation Act would set up a system to license and regulate marijuana cultivation and sales under the aegis of the State Liquor Authority. It would allow “social use”—marijuana bars or coffeehouses—but prohibit it in topless bars or boxing clubs, and towns could vote to remain dry.

Racial justice is “super-necessary” in New York, says Chris Alexander, policy coordinator at the Drug Policy Alliance [DPA], to repair the damage caused by the extreme number of arrests for pot possession in the last 20 years—more than 800,000, about 85 percent black and Latino people.

“We didn’t know how necessary it would be,” says Betty Aldworth, executive director of Students for a Sensible Drug Policy, who worked on the 2012 campaign that won legalization in Colorado.

“Not everyone who is fighting for marijuana legalization is committed to these goals,” DPA executive director Maria MacFarland Sanchez-Moreno warned at a Manhattan conference on cannabis law in May.

Two visions compete for the future of legal cannabis. One is where access to “the cannabis space” is limited by strict licensing and high capital requirements. “The fear is that the industry will look like 20-year-old white hedge-fund babies,” says New Jersey lobbyist Edmund DeVeaux. The other is an industry open to smaller entrepreneurs and what Aldworth calls “people who don’t fit into corporate culture.”

“The craft beer and wine industry should be the model,” says Chris Alexander. 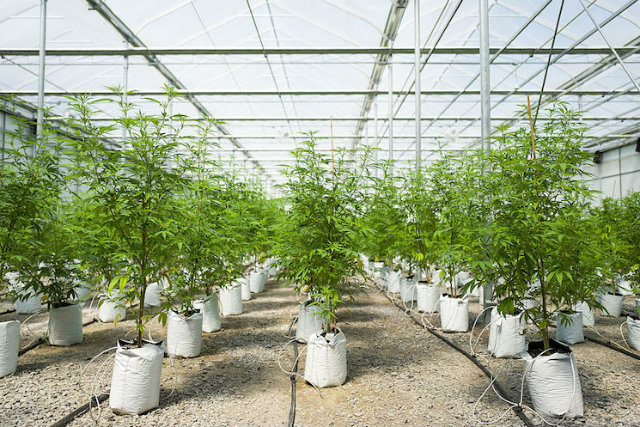 Setting quotas for minority- and women-owned businesses is problematic legally, so advocates are looking at more indirect ways to achieve the latter vision. The most commonly mentioned measures include not excluding people convicted of marijuana offenses from the industry; avoiding “vertical integration,” in which the same company grows, processes, and retails cannabis; not capping the number of licenses issued or requiring a minimum amount of capital, to give small businesses access; and using some of the revenue generated to aid the communities hardest hit by prohibition enforcement.

Massachusetts is doing most of these, Shaleen Title, a member of the state Cannabis Control Commission, told the May conference. It has no statewide limit on the number of licenses, to avoid giving the “golden ticket” of a quasi-monopoly. There are no minimum-capital requirements, unlike the state’s medical-marijuana law, in which license applicants must have $500,000 in capital. It allows microbusinesses and farm co-ops where small growers can manufacture products. It will limit social-use licenses to equity applicants, co-ops, and microbusinesses.

The state has also designated 29 communities with high rates of poverty and/or marijuana arrests for “economic empowerment priority,” Title added. In those areas, most cannabis-business owners will be required to have lived in the area for at least five years, and at least 75% of workers must be local hires.

“Equity must be enshrined in your legal statute from the beginning,” Title said.

New York's Marihuana Regulation and Taxation Act contains several provisions to minimize “aggregation of power,” says Douglas Greene of Empire State NORML, the New York state branch of the National Organization for the Reform of Marijuana Laws. Like the state liquor laws enacted after Prohibition was repealed, it would separate manufacturing, distribution, and retailing, with a “micro-licensing” exception similar to the one that lets craft breweries sell their own product. According to DPA, it would direct 25% of state pot-tax revenues to drug treatment and education, 25% to aid for public schools, and 50% to a fund for programs such as job training and adult education in “low-income areas and communities disproportionately harmed by drug-war policies.”

It would also not bar people with prior drug convictions from the industry, only those convicted of business-related crimes or violent felonies. One complication with this, says Alexander, is that state law doesn’t allow expunging convictions, which essentially erases them. It can either seal them or “vacate” them by ruling that the person was wrongly convicted.

An early version did not include a “neutrality” provision requiring licensed businesses not to interfere if their workers try to organize a union, but Peoples-Stokes says she would support one. The state’s medical-marijuana law has one.

The state’s medical-marijuana regulations are “probably the most onerous in the country,” Hillary Peckham, CEO of Etain, one of the ten registered organizations now allowed, said at the May conference. Applicants had to fill out a 1,500-page form, have staff hired and leases signed before they filed their applications, and only five of the first 43 applicants were awarded licenses. It cost them at least $350,000 just to set up one dispensary, she added, and “nobody is making money.”

How to separate the medical and recreational markets is a related issue. In Washington, medical-marijuana dispensaries largely disappeared after the state legalized recreational use. That had a “fairly negative impact on patients,” says Aldworth, but she doesn’t believe separate regulatory systems are necessary, because the difference between medical use and “wellness” adult use is not that significant.

Peckham argues that despite the flaws of New York’s medical system, it has delivered consistent pharmaceutical-grade medicine to patients. In California, where recreational sales began in January, medical users are exempt from taxes and can possess larger quantities, says Greene.

New York legalizing recreational use would create a “bizarre conundrum” for medical users, he adds. They would be able to buy marijuana flowers in stores—but would still be restricted to state-approved extracts for medical purposes.

"If we do this wrong, like medical, it could be another failed casino," says Alexander.

[UPDATE] State Health Commissioner Howard Zucker told reporters on Monday that the department's study would recommend legalization, but did not say when it would be released, other than that it would be finished "soon."

#Albany
#marijuana
#prohibition
#weed
#original
Do you know the scoop? Comment below or Send us a Tip