Novel Idea For Reforming Albany: A Real 'Shitload Of Trouble' For Ethics Violations

In the nearly eight years of its existence, the Joint Committee on Public Ethics, Albany’s chief ethics watchdog, has found misconduct against exactly two politicians. In that same time span, the Speaker of the Assembly, the Senate majority leader, and numerous state lawmakers have been convicted on corruption charges, not to mention the most powerful aide in Governor Andrew Cuomo’s administration. JCOPE, as it’s known, has become something of an embarrassment for good government groups and legislators who want to change the broken status quo.

This week, with a new Democratic majority in the State Senate, advocates and lawmakers are hopeful that, finally, reform can come—not through changing JCOPE but by destroying it altogether, as well as eliminating an ineffectual legislative ethics commission.

“JCOPE isn’t an independent entity,” said State Senator Liz Krueger, a Manhattan Democrat and leading JCOPE critic. “It’s not independent of the governor, majority leader and the speaker, and that is the fundamental problem.”

Krueger, who is proposing a constitutional amendment to replace JCOPE with a new independent ethics commission to investigate wrongdoing by public officials, said politicians need to know their actions have consequences. She is calling for a system where “you don’t want to break our rules or laws because there’s a shitload of trouble you can get into. Half the value of any kind of system of investigation and penalty is the deterrence effect. I don’t think the way JCOPE has been set up or run, there is any kind of deterrence effect.”

Krueger said she has 25 Senate co-sponsors already for her resolution, including five Republicans. In the Assembly, Brooklyn Democrat Bobby Carroll is the lead sponsor. Since the two Democrats are pushing a constitutional amendment, and not a typical bill, both houses of the legislature will have to pass it in two legislative sessions following elections.

Governor Cuomo, as always, is expected to be influential in the process, but he does not technically need to sign off on it like a typical bill, according to Evan Davis, who served as counsel to former Governor Mario Cuomo, Andrew’s father. If the amendment passes this session and again in 2021, following the 2020 elections, it will come before the voters in a statewide referendum, where it can be voted up or down.

The appeal of a constitutional amendment for advocates is its relative permanence. A law can be diluted or struck down. New York’s constitution, by its very nature, is very difficult to change.

In a radio interview Thursday, Cuomo expressed some openness to the idea of a new commission, but he has never seriously pursued reform of JCOPE while in office. A Cuomo spokesman did not return a request for comment.

Davis, along with good government groups like Common Cause/New York, Reinvent Albany and the New York Public Interest Research Group (NYPIRG), have been pushing behind-the-scenes for a new commission. The chief criticism of JCOPE since Cuomo created it in 2011 has been its lack of independence from the executive branch and the legislature.

JCOPE even rubberstamped Joe Lhota serving as MTA chairman while earning millions in outside income. Lhota was allowed to become a paid board member at Madison Square Garden, which sits atop Penn Station, home to the MTA-controlled Long Island Rail Road.

“JCOPE is an utter failure and it is structured to fail,” said John Kaehny, the executive director of Reinvent Albany. “It’s one hundred percent been the U.S. attorney’s office that has done all of the policing for Albany.” 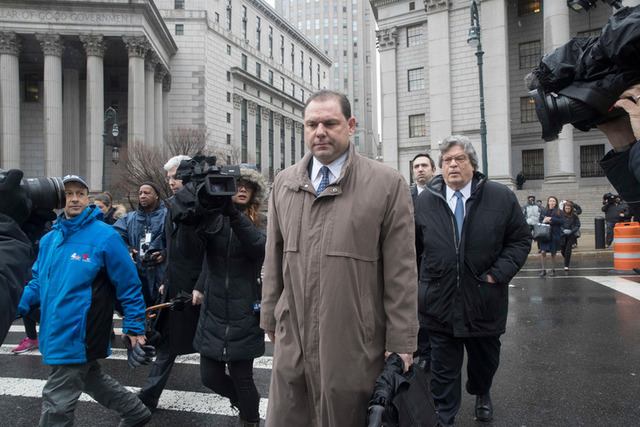 Indeed, corruption convictions of elected officials and state power brokers inevitably come from federal prosecutors not beholden to the political actors of New York State. What makes JCOPE uniquely strange and ineffectual, experts say, is how investigations can be easily scuttled.

Two of the governor’s appointees on the 14-member commission can veto an investigation or finding of violation. Three of the appointees made by legislative leaders can do the same. The new commission proposed by Krueger and Carroll would operate by majority vote.

A majority of appointments to the new commission would not come from the legislature or the governor. Instead, much like a judicial ethics commission that already exists in New York, five out of nine commissioners would jointly be appointed by the chief judge of New York and the four presiding justices of the Appellate Divisions. The legislative leaders of each major party in either house would appoint a total of two commissioners and a total of two executive appointees would be chosen by the governor, the attorney general and the comptroller.

Davis also wants to see the new ethics commission take up the enforcement of campaign finance, which is currently left up to the patronage-ridden State Board of Elections. Unlike New York City’s Campaign Finance Board, the State BOE is notoriously lax. Campaigns are rarely, if ever, audited, and candidates and politicians are not frequently punished for campaign finance violations.

“We think it would be better, much better, to transfer campaign finance from being run by the Board of Elections to being run by this new integrity commission,” Davis said. “Money in politics is a conflict of interest issue.”

Other states do ethics enforcement differently. Kaehny hopes New York can follow in the footsteps of California, where a five-member, nonpartisan integrity commission oversees campaign finance, lobbying, and governmental ethics.

A new ethics commission would also not exist in a black box. JCOPE is not subject to FOIL requests and does not disclose how frequently investigations are blocked or who is investigated.

In a statement, a spokesperson for JCOPE told Gothamist, “It is up to the Executive and the Legislature to make decisions about the laws that govern what we do and how we do it.”

One aspect of Krueger’s proposal that has raised some eyebrows would permit legislators to seek ethics guidance in confidence from a commission counsel. If a lawmaker is worried about running afoul of campaign finance or ethics guidelines, he or she could seek out clarity on the rule.

While critics contend this could create a scenario where ethics violations are not reported and sanctioned, Krueger believes such a process will be beneficial for the system as a whole. “If you aren’t sure there’s a line you crossed or might be crossing, there might be great value in a resource you can go to get advice and clarification,” she said.

Gaming out where this reform effort goes will depend on the new reality of the state legislature. In the past, Republican control meant the quick death of most good government reform, and Cuomo could use the GOP lawmakers as an excuse to not act.

“What will Cuomo do?” was the fundamental question all Albany watchers would ask year after year, because a divided government meant Cuomo was always the decisive factor, begged by Democrats to cut enough deals with a Republican conference he ultimately emboldened. Republicans are now locked in the minority for the foreseeable future and Democrats in the Senate and Assembly have signaled some willingness to confront the governor.

How far they are willing to go—if they will pursue policies and goals that are anathema to the most dominant governor in New York since Nelson Rockefeller—remains to be seen. Their appetite for torpedoing JCOPE, a Cuomo creation, will be one key litmus test.

“Will the governor perhaps weigh in urging people not to support it? Sure, he has a right to do that,” Krueger said. “I definitely think there’s momentum for this.”

#Albany
#andrew cuomo
#ethics
#JCOPE
#liz kreuger
#reform
#original
Do you know the scoop? Comment below or Send us a Tip