State investigators arrested the operators of a network of flophouses for drug addicts, former prisoners and the mentally ill on Wednesday, and sued them earlier in the week on charges that they scammed more than $2 million from Medicaid.

Husband and wife Yury and Rimma Baumblit are facing money laundering, fraud, and grand larceny charges in connection with an alleged scheme where they forced tenants of their three-quarter houses—barely regulated dwellings where landlords pack in marginal renters paying through a monthly rent subsidy or disability check—to cycle through certain substance abuse programs, from which they received kickbacks. The New York Times previously exposed numerous allegations of such behavior, including claims that Yury Baumblit would give recovered addicts the choice of relapsing, so they could continue treatment at another program, or being evicted.

Megan Friedland, an assistant attorney general at the state AG's Office, told a judge that a search of the Baumblits' five-bedroom Brighton Beach home turned up expensive sports gear and furs.

"Yury and Rimma Baumblit lined their pockets by preying on some of the most vulnerable members of society," said Attorney General Eric Schneiderman said in a statement. "Our complaint demonstrates that over several years, the Baumblits carried out a deliberate and illicit scheme to defraud taxpayers, rip-off Medicaid, and force residents into programs and services that benefited no one but themselves." 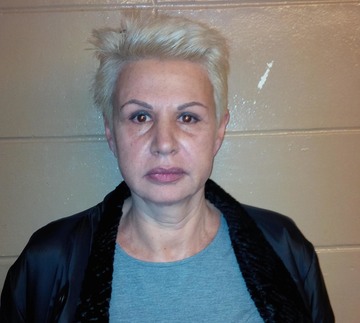 The couple's lawyer, Justin Feinman, said they are victims of a "witch hunt" and said they "adamantly [deny] there have been kickbacks."

In an announcement, the AG's Office said that the criminal charges focus on the Baumblits' dealings with one treatment provider, which allegedly prompted at least $638,418 in false billing to the government, and that it is still investigating several other providers.

The Times summarizes what's messed up about the whole three-quarter house model:

Three-quarter houses typically charge tenants a fee for their bed — usually the state’s $215 monthly shelter allowance, or up to $400 a month for those on federal disability. Tenants are often forced to sleep up to eight in a room, crammed into bunk beds that block windows and even fire exits[...]The operators sometimes force tenants to attend substance-abuse treatment at specific providers, even though by law people are allowed to choose their own providers. Vermin often flourish in the homes. Drug use is rampant.

But despite this, and the vulnerability of the people who lived there, no government agency kept a record of where the homes were, inspected them or closely regulated them. No one even knew exactly how many three-quarter homes existed, although government officials estimated that there were hundreds. 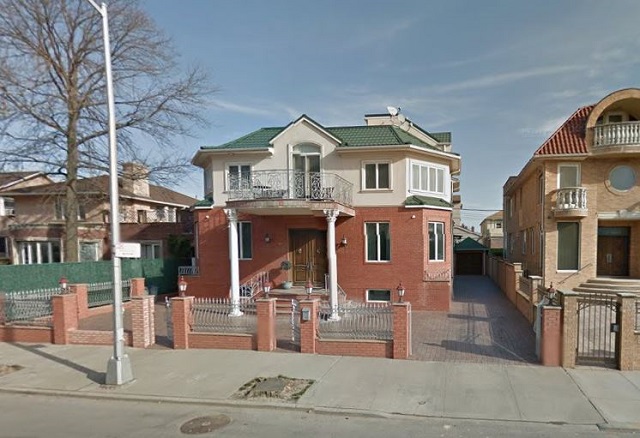 Yury Baumblit's mansion half a block from the ocean in Brighton Beach. (Google Maps)

The Baumblits took up the business while facing separate felony charges for defrauding insurance companies with fake injury claims from medical clinics. Yury Baumblit pleaded guilty to two charges and served three months in jail, whereas Rimma pleaded guilty to one and served nine days, according to the Times.

Allegations of abuse and Medicaid kickbacks have followed the Baumblits since not long after they started their company, called Back on Track. Matthew Main, lawyer for MFY Legal Services, which has represented the Baumblits' tenants for years:

Everyone knew this was happening. But Yury just kept opening new houses and opening new houses. The big thing that comes to mind is the tenants saw this as Mr. Baumblit being able to operate with impunity. This action by the attorney general’s office sends the message that their lives matter. The lives of poor people matter.

Yury Baumblit is also facing three misdemeanor charges in two separate cases from the last year, one for unlawful eviction, and the other of a nature that's not clear from online court records.