Notes on an Indepedent Bloomberg 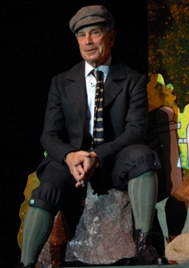 Mayor Bloomberg has been an independent all of a couple days, but there is tons of ink being devoted to his chances. The most interesting story is from the NY Sun, which offers various scenarios where Bloomberg could win the 2008 presidential election (not that he wants to run for president). For instance, he'd need the Northeast, West Coast, Florida, and Heartland states like Wisconsin, Minnesota, Illinois, Iowa, etc. And if "extreme" candidates run in the parties, like Romney or Thompson on the Republican ticket and Obama or Edwards for the Democrats, Bloomberg could be a player.

Former President Bill Clinton added his two cents, saying, "I suppose he just couldn't bear to be in the Republican Party anymore, which I thought showed good judgment on his part." Reuters, though, has a good article about possible anti-New York bias from other citizens; we found this quote interesting:

"Certainly historically it has been a problem. Americans are at best ambivalent about New York," said Thomas Bender, a history professor at New York University.

"Religion may be very important in Bloomberg's case because New York represents Jewishness to a lot of people and we're still awaiting our first Jewish president," Bender said.

And as exciting as the idea of Bloomberg running for mayor may be to some New Yorkers, did you know that if he won, Public Advocate Betsy Gotbaum would be mayor? Chew on that!

Oh, and the mayor will continue to push for congestion pricing. You can listen to him discuss his pet projects as well as his independence on his radio show.