Norman Mailer Dies at the Age of 84 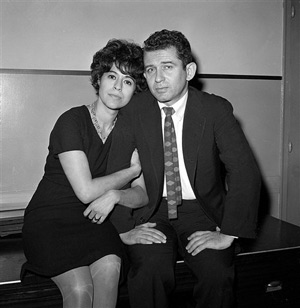 Author Norman Mailer passed away at Mt. Sinai Hospital this morning of renal failure. The deceased writer was the author of more than 30 books, from his debut "The Naked and The Dead," to others including "Armies of the Night," and "The Executioner's Song," for which he won a Pulitzer and the National Book Award, respectively. Mailer was known as much for his out-sized personality as for his writing. The New York Times waxes poetic about the late author.

At different points in his life Mr. Mailer was a prodigious drinker and drug taker, a womanizer, a devoted family man, a would-be politician who ran for mayor of New York, a hipster existentialist, an antiwar protester, an opponent of women’s liberation and an all-purpose feuder and short-fused brawler, who with the slightest provocation would happily engage in head-butting, arm-wrestling and random punch-throwing. Boxing obsessed him and inspired some of his best writing. Any time he met a critic or a reviewer, even a friendly one, he would put up his fists and drop into a crouch.

Mailer was married six times during his life and infamously stabbed his second wife--almost fatally--during a drunken party. He also feuded publicly with author Gore Vidal over the years. When Mailer was initially hospitalized in mid-October, we featured a video clip of him behaving typically on an episode of The Dick Cavett Show from 1971.