Standing in the rain in front of grocery store windows filled with fruit, vegetables and "store closing" signs, Council Member Margaret Chin led a small rally on Thursday to save a NoLita supermarket slated to close at the end of the year.

"We must send a message in this city that the people who helped build up this neighborhood need their supermarket, not any more fancy, upscale stores," Chin said to a dozen or so supporters gathered in the rain to demand landlord Abington Properties re-open negotiations with its tenant, Met Food. "The pattern of greed that chooses upscale stores over a low-cost supermarket, that chooses profits over people, must end today."

The storefront at 251 Mulberry Street has been home to the 4,000 square-foot Met Food for 25 years, but the store's seven-year, $90,000 a month lease expires at the end of the 2016. Owner Paul Fernandez, 58, who independently owns and operates the store under the Met Food brand, said negotiations with Abington went back and forth for much of the past year. Leasing banners were placed on the property in October. But Fernandez said that it only became clear he would have to shutter his store a few weeks ago. Last weekend, he put up signs announcing the store would closing on December 31. 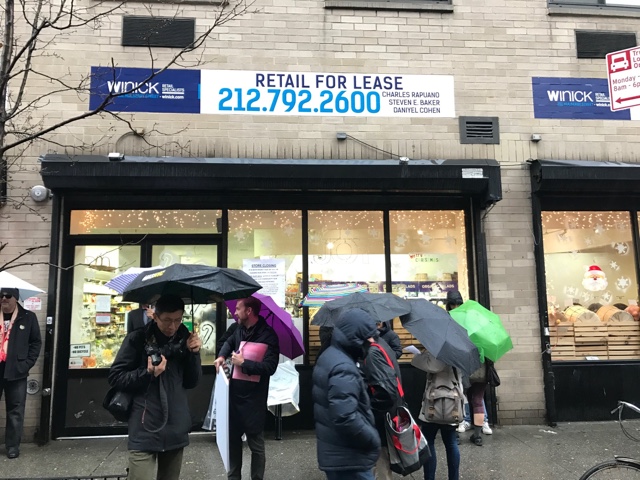 "They wanted a more, from what I understand, 'high-end' store here," Fernandez, who did not attend the rally, explained by phone. "My primary goal was to provide a service to the community and maintain a conventional supermarket in this very gentrified neighborhood... I could have gone upscale and become an extension of Whole Foods, but I wanted to simply cater to the community."

Fernandez employs 30 workers at Met Food. He said he will seek to find new jobs for most of them, including some at Ideal Marketplace in Chelsea, another grocery store he owns. He said his industry contacts will help him place other workers.

"Mostly everybody will be assisted in finding employment," Fernandez said.

A spokesperson from Abington Properties declined to comment on the lease or the negotiations, explaining that the individual who could discuss the property was unavailable until next week.

No new tenant has been announced, and Chin warned that Abington would leave the property empty until the company can secure a tenant who can afford higher rents.

"They should be penalized for doing that," Chin said. "We're losing supermarkets all across the city... we cannot afford to lose any more of our supermarkets." 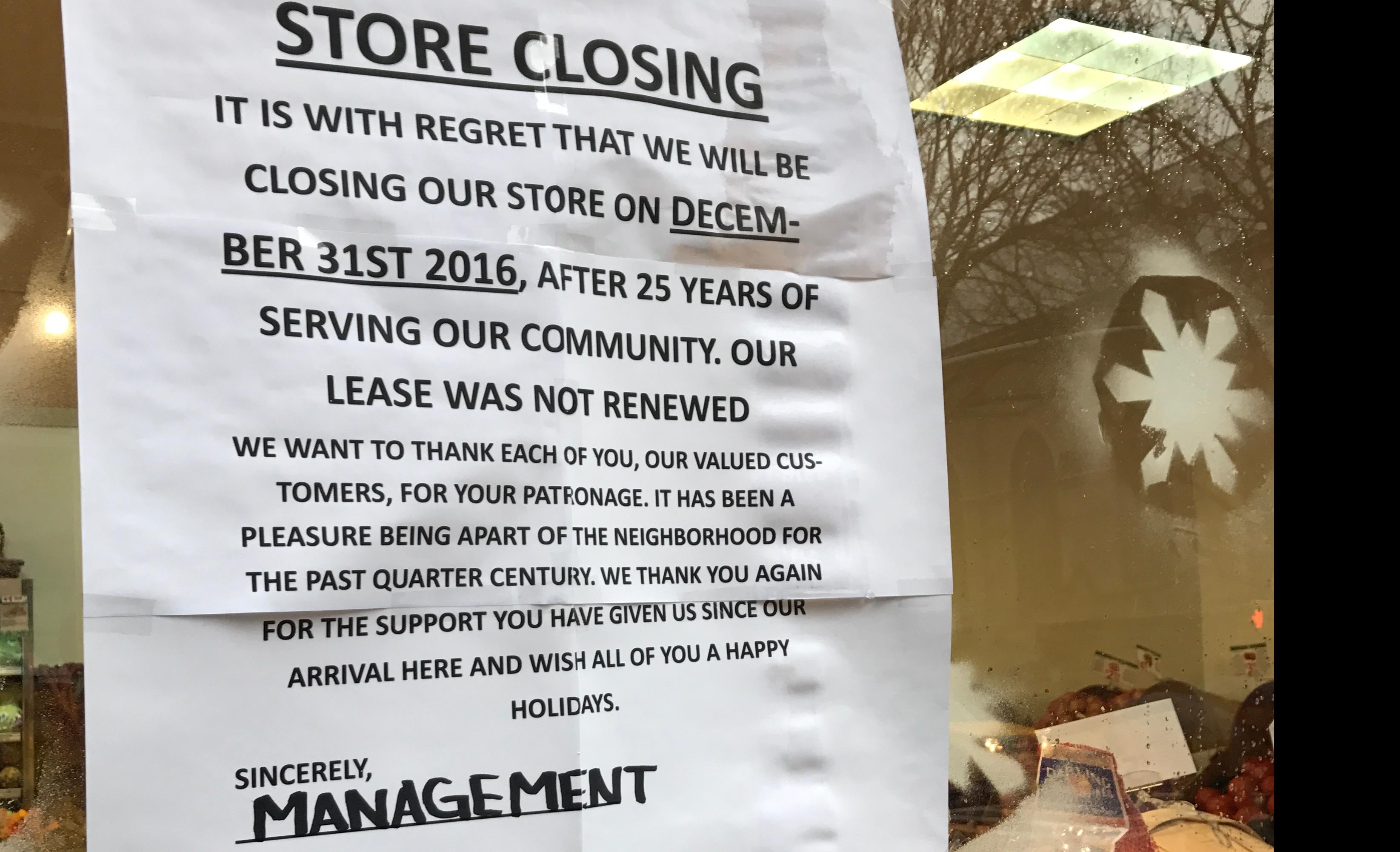 One of the window signs at Met Food on Mulberry Street in NoLita. (Josh Keefe/Gothamist)

In May, the Associated Supermarket on West 14th Street closed after the store's landlord tripled its rent. At the end of 2012, the Lower East Side Pathmark permanently closed. A luxury tower is now being built on the site.

In the decade between 2005 and 2015, the city lost 8 percent of its family-owned stores of less than 7,000 square feet, according to a recent report from the New York Times.

As usual, rising property values seem to be the culprit. The assessed value of the combined property at 249-255 Mulberry Street has increased from under $3 million a decade ago to more than $11 million this year, according to PropertyShark.com.

Attendees at the rally bemoaned the lack of affordable grocery options in the neighborhood. Whole Foods and Morton Williams are the nearest groceries, and those are too expensive for some local residents.

"I would have to travel a half a mile either to northeast or northwest in order to get an affordable half gallon of milk," said Georgette Fleischer, an adjunct professor at Barnard College and Columbia University who has shopped at the Met Food for more than 20 years. "All the Korean markets that used to supply immediate needs like that have completely gone out of business... that's not conducive to people who really live here and cook here."

A short review of food prices at both Met Food and the LES Whole Foods found that while many products were cheaper at Met Food, some were cheaper intervention by the city. Because the level of rent they are asking for is not possible."