No Raining on Mets' Parade in Miami 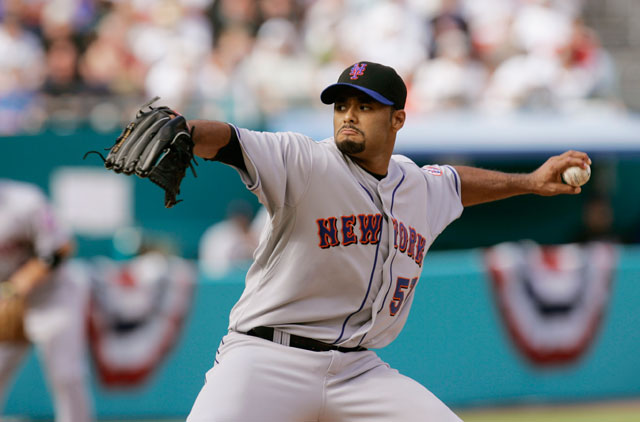 Photo of Johan Santana pitching against the Marlins by AP/J. Pat Carter

The rain that postponed the Yankees' regular-season opener was nowhere to be found in South Florida, where the Mets disposed of the Marlins, 7-2, to start their eagerly awaited 2008 campaign. Johan Santana, living up to the trade and subsequent contract extension that made him a Met, struck out eight in seven innings of two-run ball. David Wright's three-run double capped a six-run fourth, and the Mets never looked back. The bullpen, despite Matt Wise's hiccups, put forth two scoreless innings.

All in all, the game was what might be expected when it comes against what figures to be one of baseball's worst teams and Mark Hendrickson, who could be the worst opening-day starter in baseball this season. Of course, this Marlins team resembles the 2007 version that helped keep the Mets out of the playoffs. The two teams meet again Tuesday night. Pedro Martinez will oppose the Dutchman Rick VandenHurk.