This morning a Brooklyn judge ignored the Brooklyn DA's sentencing recommendation for 15 days in jail for a driver who killed a pedestrian in Fort Greene last summer. There's no dispute that motorist Anthony Web was behind the wheel when he ran over Clara Heyworth on Vanderbilt Avenue, or that he was not legally allowed behind the wheel of a car. But in declining to sentence Webb to even 15 days in jail, Heyworth's husband believes the judge was sending a message about the DA's failure to bring serious criminal charges against Webb.

"During the very brief trial the judge made a number of comments criticizing the DA's office for not bringing more serious charges and reducing it to a violation," says Jacob Stevens, who was with Heyworth when she was killed. You may recall that an officer from the 88th Precinct smelled alcohol on Webb's breath and administered a roadside breath test about an hour after the accident. It registered a reading of .07, and although .08 is the legal limit for a DUI in New York, the test was administered after an hour had passed, and would have been enough to prosecute.

Webb was at first slapped with number of charges, including operating a motor vehicle while intoxicated, reckless driving, and operation of a motor vehicle by an unlicensed driver. The Brooklyn DA initially planned to charge Webb with vehicular manslaughter, a felony. But the case quickly fell apart, in part because the breath test unit the 88th Precinct carries around needs to be calibrated on a regular basis to be admissible in court, and this unit had not been calibrated since 2007. Also in part because the NYPD's Accident Investigation Squad appears to have done a sloppy job. 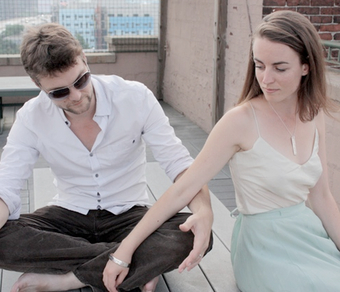 At today's hearing, the DA formally dropped all criminal charges, reducing Webb's charges to a violation. Webb was driving with a learner's permit at the time of the crash, and was not allowed to drive alone or at night. The DA cited him for violations for driving without proof of insurance and driving against restriction on license, and recommended 15 days in jail. He was sentenced to 0 days, was fined $250 out of the maximum $350 fine, and ordered to attend a drunk driving education program offered by DMV.

According to Stevens, during the hearing Brooklyn Criminal Court Judge Desmond Green said "he had tried cases before where the portable breath test wasn't admissible but where they used other elements instead. The judge said he was ready to hear the trial, and made pains to say that it wasn't his decision, it was the DA. It was pretty clear that the judge was frustrated by the failure to press more serious charges in this case. It's a travesty that these more serious charges won't be heard in criminal court."

Although Webb may be off the hook there, he still faces a civil lawsuit filed by Stevens, who is also suing the NYPD for conducting an allegedly sloppy investigation in the wake of his wife's death. "If the defendant had observed terms of license and not driven that day, my wife would still be alive," Stevens tells us. "I had hoped judge would use his discretion and implement jail time, but I think it was a way for him to say that the driver should have been tried for being drunk." The Brooklyn DA's office did not immediately respond to a request for comment.

#AIS
#brooklyn
#brooklyn da
#Clara Heyworth
#fort greene
#nypd
#original
Do you know the scoop? Comment below or Send us a Tip