No Crying Over Victory! 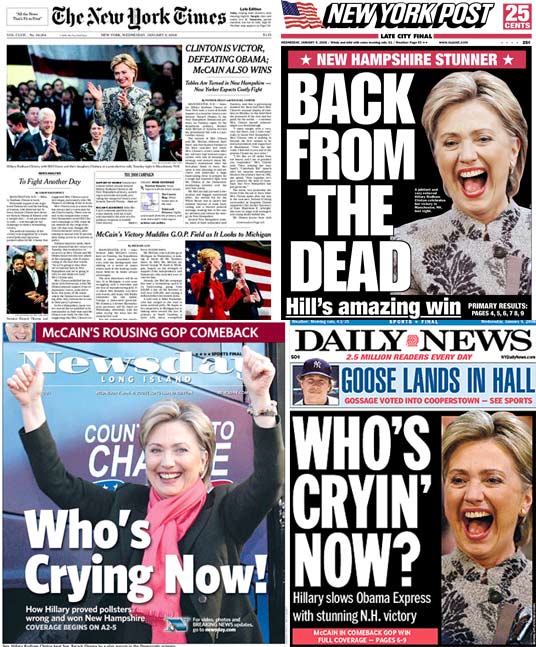 Hillary Clinton proved the polls and pundits wrong with her New Hampshire primary win last night and dominated the front pages for a second day in a row. Clinton and John McCain, who won the Republican primary, are being called comeback...adults as New Hampshire polling centers had record turn outs. WNBC's Gabe Pressman writes that their wins are a defeat for pollsters and journalists who had written them off.

Clinton chalked up at least part of her success to her misty moment, but some of it may also be attributed to the Saturday night debate where she got to address issues about her likability in a humorous (for her) manner and where Barack Obama and John Edwards seemed to gang up against her. Female voters, especially, those over age 40, seemed to come out to support Clinton.

Candidates are concentrating on Nevada and South Carolina next, with New York, Florida, Michigan and other stats on Super (Duper) Tuesday on February 5th. Obama will be in Jersey City today, looking to stir up some interest from Clinton's zone.