No Conflicts Over Doctoroff's Dealings 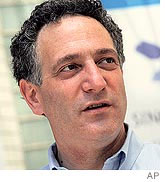 New York City's Conflict of Interest Board ruled that there was no problem in Deputy Mayor Dan Doctoroff continuing to work with real estate developers on multi-billion dollar real estate projects while a city employee, even though he'll be shortly negotiating with these same developers as a private citizen and President of Bloomberg LP, the Mayor's media corporation. According to the New York Post, the board cited "extraordinary circumstances" and said that Doctoroff's negotiations on behalf of the city with Vornado Realty Trust regarding the development of the Hudson Yards and Moynihan station were allowable. Doctoroff recently announced that he will be leaving his City Hall job for the position of President of Bloomberg LP. That company will be negotiating with Vornado for additional space at the building that houses Bloomberg LP's headquarters on Lexington Ave., since Vornado owns that building. The Conflicts of Interest Board gave its blessing on the condition that Doctoroff have no direct dealings with Vornado for a year after he leaves his position as Deputy Mayor.

At least Doctoroff bothered to go to the Conflict of Interest Board. The Daily News reports that Deputy Mayor Patti Harris, who earns more than $225,000 a year working for the city, has been moonlighting at Mayor Bloomberg's private charitable foundation along with her assistant. Harris says that her involvement with the foundation is minimal and that she is not paid for her work there, but private employment relationships between city bosses and their underlings are usually forbidden and require clearance from the board that oversees potential conflicts. Health Commissioner Thomas Frieden has also been working a second volunteer job at the Bloomberg foundation, although he was granted a waiver from the conflicts board allowing him to do so.