No Charges For Cab Driver Who Cost Tourist Her Foot

The cab driver who jumped the curb in Midtown yesterday causing a crash that severely injured a pedestrian, has not been charged with any crime. Mohammed Himon was issued an administrative summons for unauthorized operation of his vehicle, which carries a possible fine [PDF] of $100 to $350.

Kenneth Olivo, a bike messenger who was also struck by Himon but not seriously injured, told the Post that Himon began driving aggressively after the two jockeyed for position. “The hood of his car was so close to me, I could touch it. I told him to stop, he gets angry, he honks his horn, and he accelerates, and that’s it—I’m on the hood of the car, and the woman is under his car,’’ Olivo said. 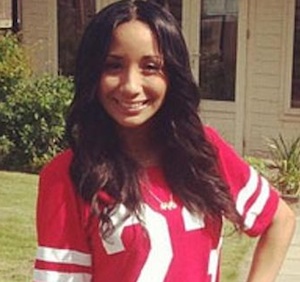 That woman is Sian Green, a 21-year-old tourist from London, who was sitting on a planter eating a hot dog with her friend outside of Rockefeller Center when Himon struck her.

Green's left leg was severed below the shin. Green's father told the Leicester Mercury that doctors "have had to amputate what's left of her foot." Green's right leg was also badly mangled in the crash, but her blood loss was stemmed in part by a plumber, Dave Justino, who (along with Dr. Mehmet Oz) used a belt and a dog leash as tourniquets.

"She was in pain, beyond pain. She stayed awake the whole time," Justino told DNAinfo. "She screamed at the top of her lungs bloody murder that it hurts."

An NYPD spokesman confirmed that the Crash Investigation Squad conducted the investigation at the scene. In addition to Himon's single summons, the owner of the cab received an identical summons, and another citation for "incorrect info on rate card."

Allan Fromberg, a spokesman for the TLC, said that Himon was licensed to drive a cab, just not the one he happened to be operating yesterday when he plowed into the cyclist and the tourist. Fromberg added that he wasn't aware of what the summons for the "incorrect rate card" meant.

The Post reports that Himon was involved in a crash in 2010 in which one person was injured, and three moving violations in 2011, including running a red light, driving 65 mph in a 45 mph zone, and an improper turn. Those fines totaled nine points on his license and $415 in fines. Himon later took a defensive driving course. The amount of Himon's fine for this incident will be determined at a TLC hearing.

“I feel really, really bad . . . It was a very bad accident,’’ Himon told the tabloid. “Actually, I can’t even remember it. It happened really quick. I was very upset. I am praying to Allah for her that she is getting better. Please pray for her and me.’’

#cab vs. pedestrian
#cis
#midtown
#nypd
#pedestrian safety
Do you know the scoop? Comment below or Send us a Tip