Thomas Gallagher, the New Jersey Transit engineer operating train #1614 when it sped through a concrete and metal barrier in Hoboken in late September—killing one woman and injuring more than 100 commuters—had undiagnosed severe sleep apnea, according to his attorney. The disorder, which manifests as stop-and-start breathing during sleep, has also been linked to daytime drowsiness.

While both New Jersey Transit and investigators with the National Transportation Safety Board would not confirm Gallagher's diagnosis, Jack Arseneault, Gallagher's attorney, told Gothamist that his client was diagnosed after the September 29th crash.

"Tom was diagnosed recently with severe sleep apnea," Arseneault wrote in an email. "The results of those examinations and testing were sent to the NTSB on October 31."

According to Arseneault, Gallagher was examined by an NJ Transit physician in July and found fit to work. "The undisputed facts available to us immediately following this tragic accident led us to find and refer Tom to a specialist," he added. "The result of this diagnosis is a material fact in this inquiry to be assessed by people far more qualified than me."

A federal official told the Associated Press that investigators are looking into sleep apnea as a possible cause of the crash.

The morning commute crash took place at 8:45 a.m. on Thursday, September 29th. Investigators have since determined that the train was traveling twice the 10-mile-per-hour speed limit just before impact. Witnesses said that the train was going so fast when it struck the barriers at the track terminus that it became airborne. 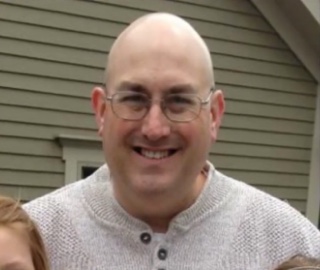 Gallagher, who cooperated with investigators from his hospital bed, previously said that he had no recollection of the crash. The majority of the trip, which originated earlier that morning in Spring Valley, was reportedly without incident. Gallagher, 48, said that he had good visibility, was well rested, and had his cellphone stowed. An engineer since 2000—he worked his way up from his first ticket-selling gig in 1987—Gallagher had no medical episodes, criminal history, or other infractions on his record prior to the incident.

The vice chair of the NTSB, T. Bella Dinh-Zarr, told reporters during an October press conference that Gallagher believed he entered the Hoboken station traveling at 10 miles per hour. The engineer also told investigators that he recalled blowing the horn, ringing the bell, and checking the train's speedometer as he entered the station. The next thing he knew, he was regaining consciousness.

The engineer operating a Metro-North train when it derailed in the Bronx in December 2013, killing four people, was later diagnosed with severe sleep apnea. After the crash, he told investigators that he had been "in a daze."

The AP reports that the NTSB started recommending sleep apnea testing for all engineers after the Bronx crash, and that Metro-North and the Long Island Rail Road now require it.

A spokesperson for NJ Transit said that it also has a sleep apnea screening program, though "NJ TRANSIT is not authorized to discuss any employee's medical or personal information."

"NJ TRANSIT is gravely concerned that anyone would fail to properly handle confidential, sensitive and privileged information properly," the spokesperson added, citing the anonymous tip to the AP. "Under Federal rules, NJ TRANSIT cannot discuss any specifics surrounding the accident."

"I can tell you that examining the medical fitness of transportation workers involved in accidents is part of our investigative process," said NTSB spokesman Eric Weiss. "That includes examining if undiagnosed conditions exist that could have contributed or impaired the worker or otherwise contributed to the accident. It also includes examining if declared or diagnosed conditions were being adequately treated."

The one fatality in the Hoboken crash was Fabiola Bittar de Kroon, a 34-year-old woman who was standing on the platform at the time of the crash and was struck by falling debris.