NJ Man Builds Giant Gun Mailbox "Because He Can"

Before there was Twitter or Vine, Americans often used their own homes as a means of expressing themselves to those around them. A brilliant Christmas lights display, perhaps, or an elaborately carved shrubbery. But one New Jersey man recently decided to take his creativity to a whole new caliber, erecting a 350 pound model .44 Magnum in his front yard for use as...a mailbox.

“I got nothing but compliments,” 49-year-old Lopatcong Township resident Roger Buchko told the Daily News. “I had one person throw eggs on it, but I’m sure that was just kids.”

The mailbox, a behemoth replica of a Smith & Wesson firearm, isn't intended as a political statement, Buchko said. Rather, the semi-retired cabinet maker said it's an attempt to rustle up some business. (Despite receiving an abundance of messages from across the globe, Buchko has yet to see any requests for mailbox gun commissions.) And because he "needed a new mailbox," obviously: 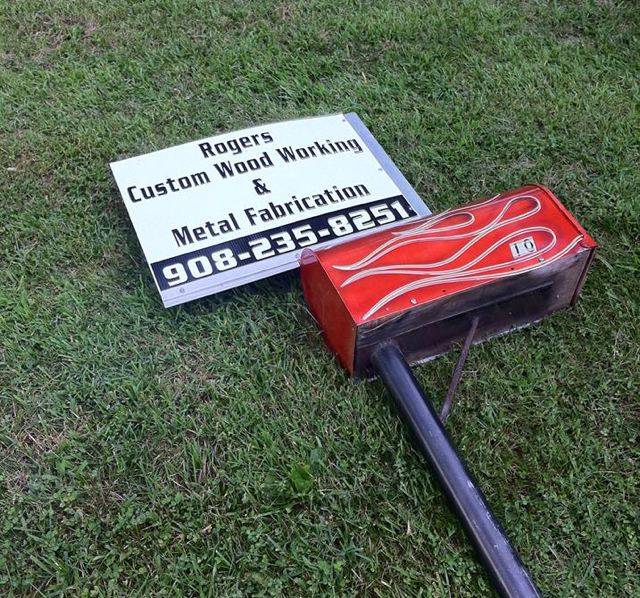 But most importantly, Buchko said, he did it for the same reason that anyone does anything: Because he can.

#guns
#mailbox
#smith & wesson
Do you know the scoop? Comment below or Send us a Tip
A new Gothamist is coming! We’ve moved comments over to our beta site. Click here to join the conversation and get a preview of our new website.