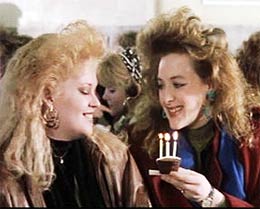 Jersey shore town Belmar attracts a lot of rowdy summer renters, to the point where the town has very strict noise codes and maps offending houses on its "Animal House Map." But many think Belmar Mayor Ken Pringle went too far when he described an altercation between a NJ resident and a visitor from Staten Island in a town newsletter.

Pringle wrote about the pair, who got into a fight at a bar: "The spat ended the way most fights with SI girls do. The SI woman grabbed the Boonton woman by the hair... and began punching her face in....As the Staten Island girl was pummeling the Boonton girl's face, she used the hand she was still holding her drink glass in. Now, we're not sure if the glass was stuck to her hand cause of all the hair spray or if this is a technique Staten Island girls learn in Brownies, but we are thankful she left her brass knuckles and straight razor in her other purse."

He went on to explain the "call of the Guido is bellowing, and frequently slurred, invariably starting with the sound, 'Yo'" and how "Guidos" are "tanned to the color of coconut shells and easily identified by their plumage: satin shirts and short skirts on the females; Armani Exchange T-shirts and artfully distressed jeans on the male." You can read the whole newsletter here.

The Staten Island Advance calls Pringle a "sand-for-brains pol" but did find some residents who agree that some of the rap is deserved--a Todt Hill resident said, "They're all crazy, Staten Island girls. They don't take nothing from nobody. ... If someone's giving them the evil eye, they're not going to walk away, they're going to hit somebody." And Pringle did apologize, but Staten Island New York executive director Larry Ambrosio sent him a letter about the borough's finer points anyway.