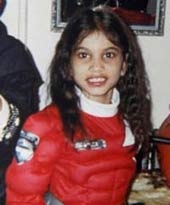 The jury deliberating whether Cesar Rodriguez is guilty of killing his 7-year-old stepdaughter is reportedly close to a verdict. Even though the jury is on a break for the weekend, the Daily News suggests the jury's behavior indicates a verdict is near.

The jurors endured 10 weeks of details about the short, horrific life Nixzmary Brown endured under her mother Nixzaliz Santiago and Rodriguez. The pair are being tried separately, and Rodriguez's defense is that Santiago dealt the fatal blow. Prosecutors claim Rodriguez's abuse between 2003 and 2006 directly contributed to Nixzmary's death.

The jury started deliberations on Thursday, and yesterday morning, jurors asked to see Rodriguez's two written statements to the police. CityRoom transcribed them, remarking they "reflect the conflicting intentions of a man who appears compelled to simultaneously confess, deny, justify, apologize and plead for help." For instance:

I then screamed and said why you doing to me I have always cared for you when you needed something. I asked why she was giving me a hard time with anger I pound her on her back and after I had placed her in the shower with cold water. I laid her in the room almost naked and I told my wife to leave her alone and my wife said to stop hitting her...

In the afternoon, they also asked for the definition of the second-degree murder charge (which Rodriguez faces, as well as first- and second-degree manslaughter) and for instructions on deciding if two people committed a crime together - which might mean the jury believes the prosecutor's argument both parents' actions killed the girl.

The News noted defense lawyer Jeffrey Schwartz's quip to reporters: "I'm just a musician playing on the Titanic. It's been an honor to play for your, gentlemen."