Kaylan Pedine was standing outside a Murray Hill bar with her friends one July evening in 2012 when a group of NYPD officers strolled by. Like many New Yorkers, Pedine is critical of the department's stop and frisk policies, and just as the last officer passed, she remarked, "I wish they would stop stop-and-frisk." In less than a minute she was in handcuffs and being taken to the local precinct.

"I said, 'Are you serious?'" Pedine recalls. The officer, one Craig Campion, answered in the affirmative and slapped on the cuffs. "I work in the social justice field and I'm an activist, and I know how police sometimes provoke," Pedine says. "So I followed every single order. They took me to the precinct, and I was completely calm and never got out of control, so eventually they let me go." 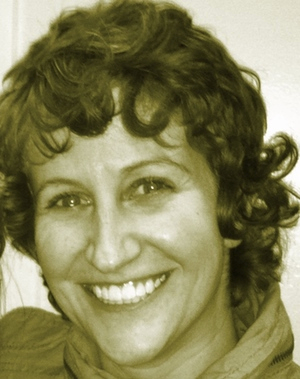 Pedine was detained for about an hour and charged with disorderly conduct, based on an allegation that she was blocking traffic. "I went to two summons courts and pled not guilty, and after my third appearance they dismissed the charges," Pedine explains. "Only then did I see the police report, which claimed I was standing in a bus lane and refused to move and refused to obey orders. That never happened. I was standing on the sidewalk the whole time. That was a complete lie."

Pedine, who works for a non-profit social justice organization called American Jewish World Service, subsequently sued, and this month the City agreed to settle out of court for $22,500. "It's unfortunate that the NYPD has a pool of money for these lawsuits that they just throw around," Pedine tells us. "They budget for these illegal arrests. But my lawsuit wasn't about the money, it's about spreading awareness about the unconstitutionality of stop and frisk."

Robert Quackenbush, Pedine's attorney, says it's telling the City was willing to pay out so much money for what amounted to one hour of detention. "That is as much money as the City usually pays for a full 24 hours on a bad arrest, so this signals to me that they really did not want a trial here," says Quakenbush. "The officer was not disciplined, which is unfortunately not surprising in Ray Kelly's NYPD. But the fact that the Comptroller was willing to settle this 50-minute detention for $22,500 certainly indicates to me that they did not believe their officer."

A spokesperson for the City Law Department said, "The settlement was in the best interest of all parties." As far as we know, Officer McThinskin is still on active duty.

#lawsuits
#nypd
#police misconduct
#stop and frisk
#original
Do you know the scoop? Comment below or Send us a Tip