A State panel of scientists is considering a controversial DNA testing policy that would allow police to investigate the relatives of New Yorkers whose DNA closely matches DNA recovered from a crime scene.

The 'familial searching' method got a strong endorsement from the Queens District Attorney last summer, when police failed to find an exact match for DNA recovered from Karina Vetrano, a Queens woman who was murdered while out on a jog in Howard Beach. "This technology has proven effective at generating important DNA investigative leads in cold cases," said Queens DA Richard Brown. "We have an obligation to use every means at our disposal to identify the murderer."

But legal services organizations have countered that a board of scientists is not qualified to approve a method with serious implications for how New York polices low-income communities of color.

According to the familial searching guidelines being considered, police would be able to pull close DNA matches in certain criminal investigations, generating a list of people with prior convictions, including low-level broken windows convictions like trespassing. Police would then have leeway to investigate close relatives of those near matches (son, father, etc.), in hopes of turning up the exact match—a viable suspect in the case.

In other words, the New York Civil Liberties Union has testified, "criminal suspicion will attach to innocent persons merely because of their biological relation to a person whose DNA is in the state's databank."

"You are creating a 'suspect class' of citizens," David Loftist, attorney in charge of post conviction and forensic litigation at the Legal Aid Society, told Gothamist. "If you have a family member that has been convicted of fare beating, his DNA is in the database. Now all of his family members would be subject to searching in perpetuity."

Loftist added that the majority of individuals arrested for broken windows offenses are low income men of color. Also, the state DNA databank is, like the State prison population, disproportionately black and Latino. "This creates a dragnet for the entire community now," he said. "Now all of their relatives are possible suspects. It's a genetic stop and frisk."

Robert Perry, legislative director of the NYCLU, also cautioned that police could have "enormous discretion" in conducting these follow-up investigations. "What exactly do they mean?" he said. "Can a person be taken in for an interrogation merely because they are related to someone with a close match?" 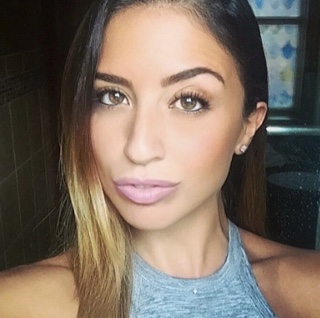 The DNA subcommittee of the state Commission on Forensic Science unanimously approved a possible familial search policy in March. Proponents of the method, including the NYPD, have cited a 1996 Bureau of Justice Statistics report that close to half of inmates in the United States have a close relative who has been incarcerated (an argument the Legal Aid Society has dismissed as "a twist of logic"). Eleven states currently use familial searching, including California, where investigators have reportedly used the method to ID two murderers and five people charged with sexual assault.

Vetrano's parents are also proponents of the policy, though a suspect has since been arrested in their daughter's case. Philip Vetrano, the victim's father, told reporters Wednesday that he is "hopeful and optimistic that by the anniversary of Karina's death that we will have familial searching."

"The NYPD supports familial DNA searching which will be beneficial in solving homicides as well as rape, robberies and burglaries," a spokesperson for the department told Gothamist via email. According to District Attorney Brown, NYC could "safeguard" against unfair searches by requiring police and DAs to complete detailed applications for each familial searching instance.

Brown has also argued that many police investigations don't lead to any civilian interaction. He compared the process to that of running partial license plates in a crash investigation. "Do they rush out and accuse or arrest every car owner with a potential match?" he said. "Of course not."

Spokespeople for the Brooklyn and Manhattan DA's offices also confirmed that they support the practice.

"The policy as drafted strikes a balance between enhancing public safety without compromising individual protections," said New York State Division of Criminal Justice Services spokeswoman Janine Kava. "Key provisions include providing investigative leads for serious crimes, detail limited circumstances that must be met before a familial search occurs and when those search results can be disclosed to law enforcement, and require training for police and prosecutors on the proper use of familial search results."

New York's familial searching policy is still pending a vote from the full Forensic Science committee, which met Wednesday. During that meeting, members acknowledged that the threshold for launching a familial search might be too low. Any "crime presenting a significant public safety threat" in which "reasonable investigative efforts" have been exhausted is potentially applicable, according to the draft.

The committee said Wednesday that it will consider holding a public hearing on the proposal, but none has been set. Its next meeting is scheduled for June 16th.

"The hearing was carefully orchestrated to limit open debate and a full, informed deliberation on the implications," Perry, of the NYCLU, charged.

"I think familial searching has been thrown under the radar because the wrong people are being asked [to approve it]," Loftist said. "If it is disproportionately impacting poor folks, the dimensions of familial searching need to be discussed with them, and their representatives."