New Subway Cops Armed to the Teeth to 'Fight Terror' 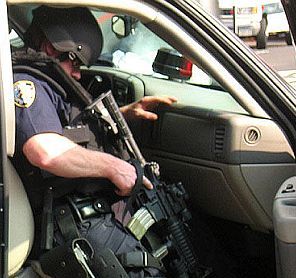 The program is being paid for with $151 million from taxpayers nationwide, allocated through D.C. The Torch Teams will function like the similarly equipped NYPD “Hercules Teams” (pictured) above ground.

WCBS says this “a fist [sic] for mass transit in the United States.” The NYPD’s spokesperson calls them “Hercules teams with MetroCards.”