Are you in the market for a supertall office building for your expanding media company, floor upon spacious floor from which to plot your imminent world takeover? Look no further than the dizzying skyscraper Vornado Realty Trust (not the fan company) reportedly plans to build at 401 Seventh Avenue, the current site of the "ratchet" and "definitely haunted" Hotel Pennsylvania. The proposed tower is reportedly called "Penn15"—a name that has to be a joke I mean come on—for its location at 15 Penn Plaza, and would measure 2.8 million square feet, looking basically like a Jenga tower made out of glass blocks and green space.

According to YIMBY, Facebook had reportedly planned to maybe move into Penn15, lol, but has since leased One Madison Avenue in NoMad. Unfortunately, it seems nobody told designer Rafael Vinoly or whoever drew up these renderings, because Facebook's logo remains splashed all over the goddamn place.

Does your puny no-name company nobody has ever heard of want to have your all-hands meeting in this enormous auditorium? 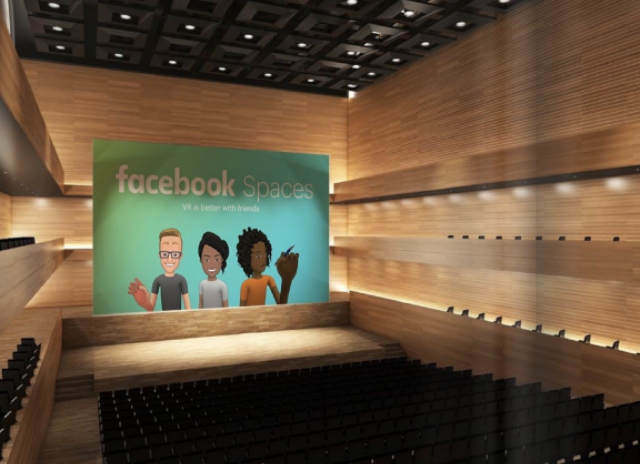 Can you see your employees co-working in this sleek reception area? 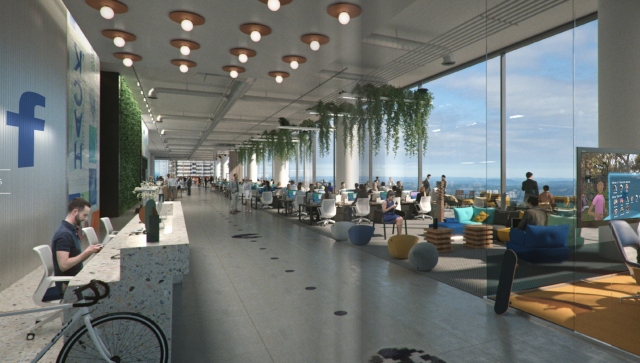 Or relaxing while coding on this grassy rooftop terrace, which actually does look pretty nice? 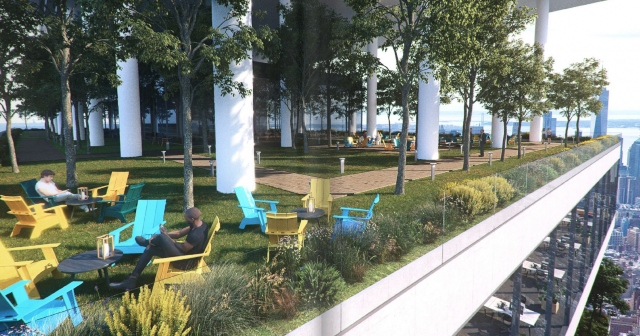 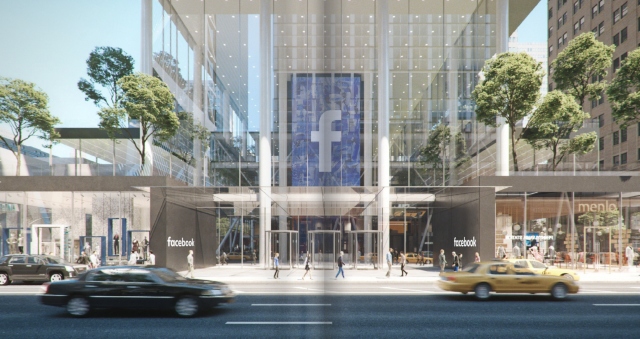 All this, all 43 office floors staggered with gardens and topped with mechanical void, and undergirded by two whole theaters, could be yours! Because Facebook does not appear to want it. You just have to be willing to work on haunted grounds and able to train yourself to say "the Penn15 tower" and not "the penis tower" when people ask you where you work. Sold...? Sold! 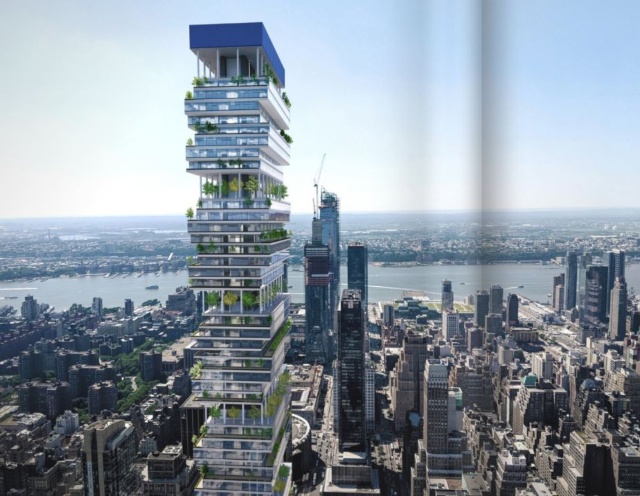