A surveillance image has surfaced showing a 30-year-old woman shortly before she was sexually assaulted and brutally murdered in Queens last month. The image shows Karina Vetrano jogging on a Howard Beach street at 5:46 p.m., not long before she was slain.

The television program Crime Watch Daily obtained the photo for its feature on Vetrano's still-unsolved murder. Vetrano, an avid runner, had left her house at 5 p.m. on August 2nd. Her father, Philip Vetrano, usually joined her during her jogs, but stayed home due to an injury. He became worried when he couldn't reach her by 7 p.m., and called a neighbor in the police department. Vetrano soon joined the NYPD on a search that tracked her cellphone to Spring Creek Park, where he found his daughter's body in a tall, weeded area. 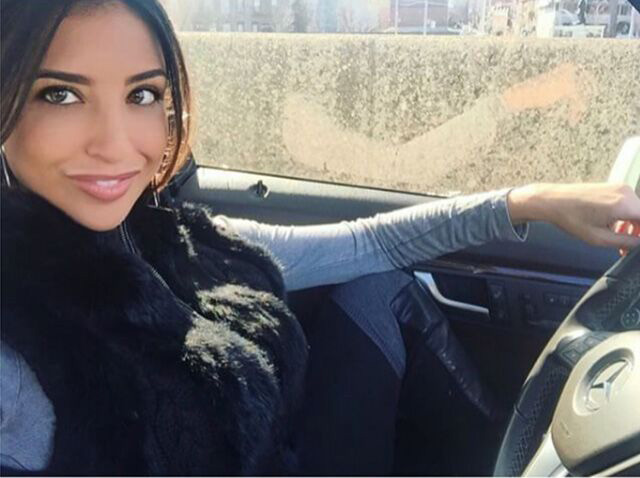 Karina Vetrano's teeth were broken and police found signs of sexual abuse. NYPD Chief of Detectives Robert Boyce told Crime Watch Daily, "She also had bruising on her body, we believe from being dragged through those woods." He also noted how her hands found with weeds in them, "She was grabbing onto anything she could at that point."

Police found DNA from under Vetrano's nails, but it hasn't matched anyone in crime databases. The NYPD also released a sketch of a person of interest they think has information about the murder. The authorities are offering a $20,000 reward for information leading to an arrest and conviction while friends and family have raised over $270,000 to supplement that reward.

Her parents have been desperate to find her killer; Cathy Vetrano said, "My daughter was a force to be reckoned with. And I guarantee you, you motherf-----, that you will be reckoning with that force, not only for the rest of your pathetic life, but for the rest of eternity as you f------ burn in hell."

#howard beach
#karina vetrano
#murder
#spring creek park
Do you know the scoop? Comment below or Send us a Tip