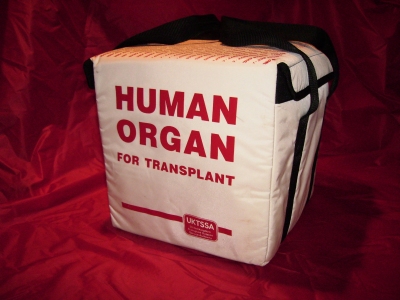 Over the weekend the Washington Post took note of New York City's latest effort in saving people's lives; reportedly we'll be deploying "a special ambulance to collect the bodies of people who have died suddenly from heart attacks, accidents and other emergencies and try to preserve their organs." The program is funded by the Federal Health Resources and Services Administration, and allegedly would add nearly 35,000 additional transplants to the current annual count.

The "rapid-organ-recovery ambulance" may be a little gruesome to think about, but eventually we could have a fleet of them on hand -- a program that may extend to other major cities as well. The idea isn't settling well with some, however.

Some doctors and ethicists, however, say the initiative raises a host of prickly issues, including whether it is ethical to perform procedures on and administer drugs to a body to preserve the organs before getting a loved one's approval, as is expected to happen often. They also worry about blurring the line between saving lives and removing organs, potentially undermining public trust in emergency medical care and the organ donor system.

The program isn't without its supporters, and Lewis R. Goldfrank, director of emergency medicine at Bellevue Hospital, assured: "We have to make sure people understand our job is to save lives, and we're not going to do anything to compromise that." Goldfrank is leading the program -- which he hopes to launch this year.

Nancy Dubler, a Columbia University bioethicist who is also helping launch the program, stated that "Urban myths are very powerful creatures, and you don't want anything about this project to be the basis of the creation of an urban myth, such as: New York City is not doing its best to save patients because it wants more organs." Or, like, urban myths about botched eye transplants and black market meat wagons driving around town.