In the midst of finalizing the state budget, passing congestion pricing, not passing recreational marijuana, and banning plastic bags last weekend, Albany lawmakers also found time to hold a hearing on the nomination for a new MTA Chairman and CEO, Pat Foye. And at 2 a.m. Monday morning, he was confirmed.

“The organization needs to do better,” Foye said, speaking to reporters on Monday for the first time since he was confirmed. “The harsh truth is we’ve lost credibility with customers, many of them, and with our funders in both Albany and City Hall.”

But good-government advocates say that if improving credibility is Foye’s goal, he’s starting off on the wrong foot.

“New York State Senate Democrats botched their most basic oversight responsibility to hold adequate public hearings for by far the most important job at the MTA,” John Kaehny, executive director of Reinvent Albany, tells Gothamist. “No public advocates or stakeholders [knew it] was coming, and [it] just had rubber stamp written all over it.”

Kaehny suspects Foye’s appointment may have been part of a deal to pass the budget. “Which is a shame because Foye would certainly be approved by the Senate—he’s qualified, he’s experienced, he’s a solid candidate.”

“Patrick J. Foye's nomination was fully considered and vetted by the Senate Transportation Committee as part of the MTA reform plan implemented in the budget,” Carolina Rodriguez, a spokesperson for the State Senate, wrote to Gothamist. “We are confident in the new Chair's managerial experience to move the MTA forward and provide much needed accountability.”

Foye will take a position that has been held exclusively by white men, and vacant since Joe Lhota left abruptly after Cuomo won reelection last November. 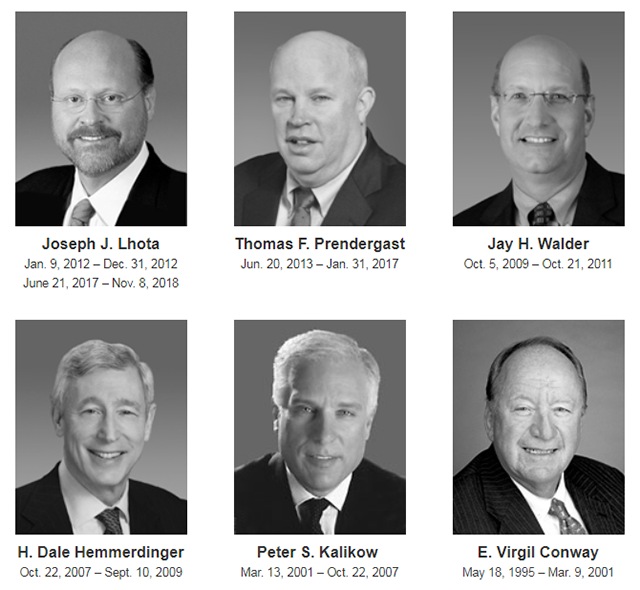 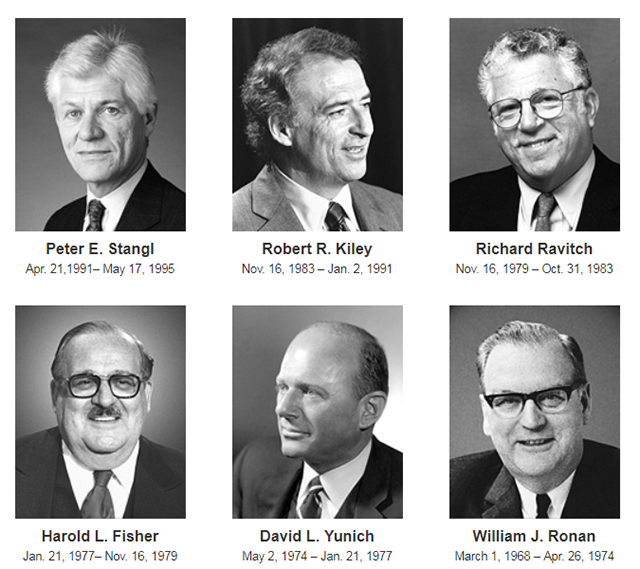 The Senate transportation committee did hold a public hearing Sunday afternoon with Pat Foye present, although it was not widely publicized.

At the hearing, State Senator Jessica Ramos expressed concerns about Foye’s closeness to Governor Cuomo, who controls the MTA, and said she was “very alarmed” about New York City Transit President Andy Byford’s comments that he’d like to see more police officers on city buses to stop farebeaters, which she worried would unfairly target people of color.

“I don’t believe in criminalizing fare evasion,” Foye replied. He then recalled an incident from his childhood in which he stole a squash ball, for fun. “I didn’t even play squash,” he told lawmakers. He said he believes some fare beaters fall into the same category (just stealing rides for fun?).

Foye has been the president of the MTA since August 2017. Prior to that he was appointed by Governor Cuomo as the executive director at the Port Authority, where he ordered highways lanes in Fort Lee reopened during the Bridgegate scandal. While he said he was “appalled” by what happened at the time, he also allowed the press to falsely report that the lanes had been closed for a traffic study, when he knew that wasn’t true.

Foye is the son of Irish immigrants and grew up in Jackson Heights, Queens. He went to college on a scholarship from the property service workers union SEIU 32BJ and worked as a janitor and doorman through college. He lives in Nassau County and takes the Long Island Railroad’s Port Washington Branch every day.

Foye met with reporters Monday to provide a few answers about how he’ll run the agency.

The first person he called after finding out on live radio that he was Cuomo’s nominee:

On Albany’s holding hearings during the budget and voting on his position over the weekend at 2 a.m as a way to evade public scrutiny of his nomination:

There was one public hearing and “I don’t subscribe to that theory at all.”

On the MTA’s failure to comply with FOIL requests from the media:

“I’m not happy with the FOIL process here. We can do better, we need to do better.”

On the MTA’s continued gaslighting over promises that a third party would review the governor’s new L train repair plan to ensure it was better than the MTA’s plan:

“I think there have been a series of independent assessments, the Columbia and Cornell Deans made their recommendation. … I think the old L train plan represented a colossal collective failure of imagination.”

On the L train project starting at the end of April under the plan put forward by the deans:

“I think the L train project is in a good place in my mind and in the mind of my colleagues and probably 200,000 commuters.”

#MTA
#pat foye
#we the commuters
#original
Do you know the scoop? Comment below or Send us a Tip