The proposed 73-story, 1,066-foot-tall monster tower that luxury developers have proposed for Downtown Brooklyn is taller than a lot of things, including the Chrysler Building and every other building in Brooklyn. But while the this-is-what-your-impending-dystopia-looks-like rendering is good for some desk-side vertigo, new street level renderings of Brooklyn's First Giant Middle Finger leaked to Curbed do a much better job of demonstrating what it means to "incorporate" a landmarked building into your plans for lucrative skyline domination.

The landmarked Brooklyn Dime Savings Bank isn't going anywhere. It's right there in the middle background of this rendering. See it? 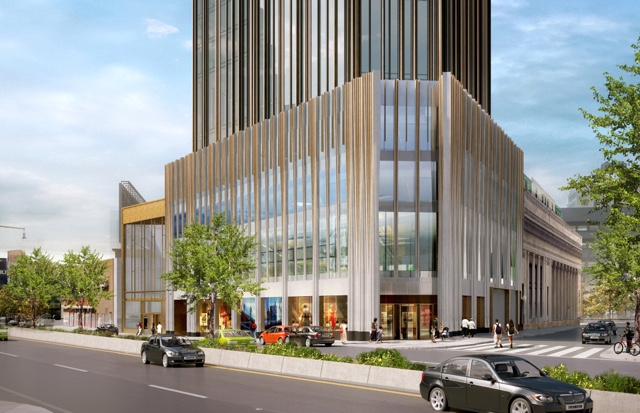 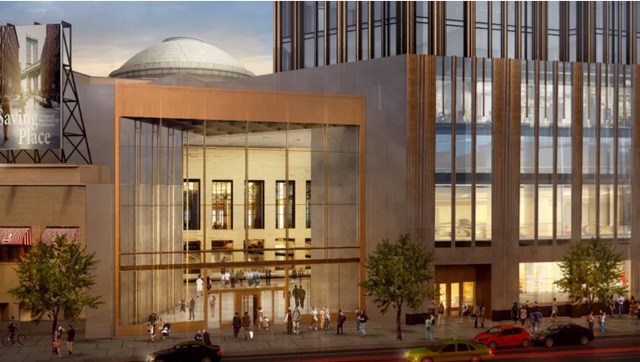 JDS Development Group and the Chetrit Group bought the Brooklyn Dime Savings Bank and its air rights ("You only bought me for my air rights didn't you?") for $90 million in 2014. Luckily for the bank and its dignity, these plans will still have to get past the Landmarks Preservation Commission.

#building
#downtown Brooklyn
#monster
#tall tower
Do you know the scoop? Comment below or Send us a Tip