A New Jersey sportsfan caught driving under the influence on Sunday reportedly blamed another bad showing by our local NFL team, telling police he had been drinking heavily "because the Jets suck." First the car fires, now this.

Around 5:15 p.m. on Sunday, Wayne Township police responded to reports of an accident at the intersection of Route 23 and Alps Road, where a visibly inebriated Christopher Greyshock, 57, rear-ended a car stopped at a stop sign. When the authorities arrived, the township's First Aid Squad was already attending to one injured woman; Greyshock, meanwhile, staggered over to the officers to tell his side of the story. 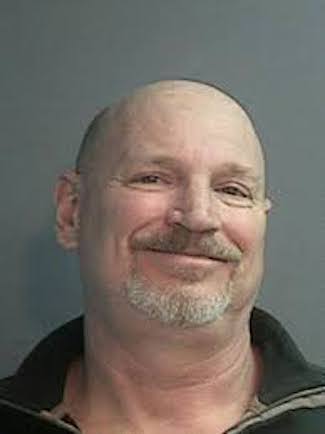 According to CBS 2, police could smell alcohol on his breath, and noticed stains on his pants, suggesting he had maybe sloshed alcohol on himself. As he underwent roadside sobriety tests—and as officers recovered not only a three-quarters-full bottle of whiskey, a roach, and a bag full of what looked like weed from his vehicle—Greyshock allegedly asserted that he "drank too much because the Jets suck!" Greyshock's blood alcohol content measured .13, well over New Jersey's .08 limit.

Admittedly, the Jets did get their butts handed to them by the Buffalo Bills on Sunday, losing 41 to 10 to a "team that had scored 20 total in their last three games," as SNY put it. Indeed, this latest defeat left people who have the sporty context I lack wondering how Todd Bowles has managed to keep his coaching job. Still, the dismal streak is nothing new for the Jets, who—according to people who follow football—have been very bad for a very long time.

Greyshock has been charged with assault by auto, possession of marijuana, possession of drug paraphernalia (police also found rolling papers), driving while under the influence, reckless driving, and driving with an open container of alcohol.

Let this be a cautionary tale to all you Jets heads (is that what they call you?) who still somehow cling to the hope of an outcome other than disappointment. Adjust your expectations, people.

#drunk driving
#dui
#football
#jets
#new jersey
#sports
Do you know the scoop? Comment below or Send us a Tip
A new Gothamist is coming! We’ve moved comments over to our beta site. Click here to join the conversation and get a preview of our new website.