Among those fleeing the debris from the September 11th terrorist attack at the World Trade Center were students at Stuyvesant High School, some of whom are now sharing their traumatic recollections in a new documentary, In the Shadow of the Towers: Stuyvesant High on 9/11. The teens were in class, just four blocks north from the World Trade Center, when the planes crashed into the buildings. "I saw the crash of the plane in the North Tower," one student recalls, while another says, "People don’t really talk about the fact that there were kids there."

The 31-minute documentary, directed by Amy Schatz, will premiere on HBO on September 11th, 2019. A press release notes that the students, who are "now adults, many from immigrant families... speak passionately about the backlash against minority communities that followed the attack and the deep friendships with classmates that got them through."

"My parents wouldn’t let me out of the house," recalls Mohammad Haque. "They were afraid that some random person with some preconceived notion or idea would take out their anger and frustrations on some kid that they see who looks like something that they imagine to be fearful." He said of returning to Stuy, "There was just a harmony in our class because of what we went through and how we understood that everyone was accepting of one another." 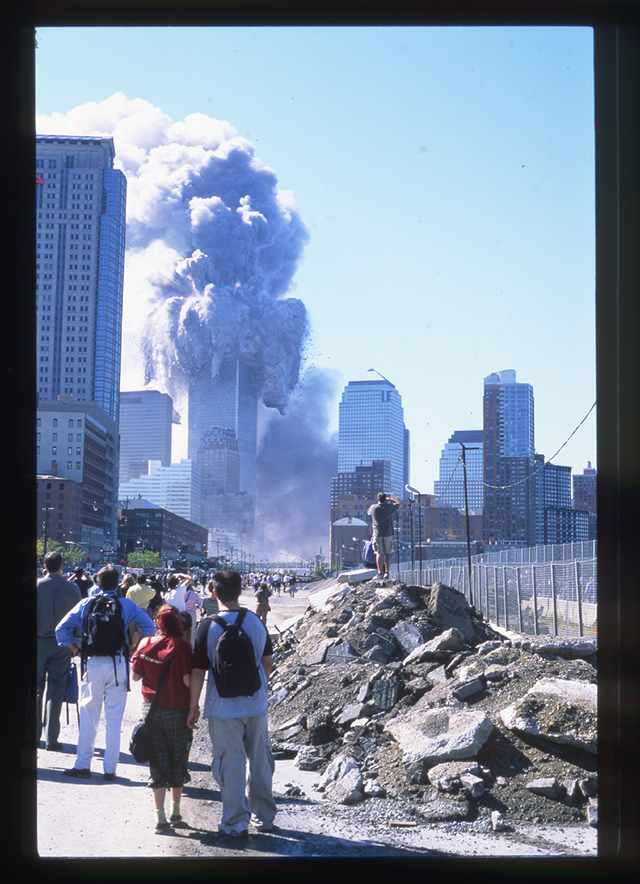 After the attacks, the students were temporarily moved to Brooklyn Tech High School for a few weeks, returning to Stuyvesant in early October, when the fire at Ground Zero was still burning. Some students suffered health issues from the toxic dust in the area (and are eligible for various health benefits).

#9/11
#9/11 attacks
#HBO
#stuyvesant high school
#twin towers
#world trade center
Do you know the scoop? Comment below or Send us a Tip