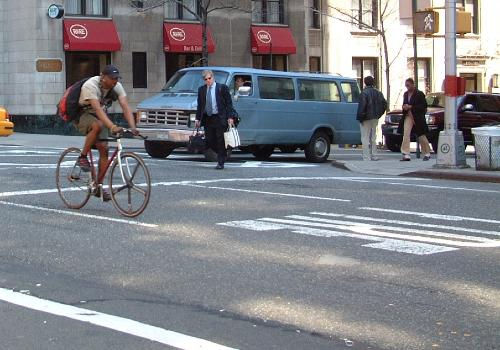 Yesterday a new bike safety law went into effect. The law requires all commercial delivery workers, which include delivery workers and bike messengers, to wear helmets on the job as well as have a horn and headlight on their bikes. And apparently the bike messengers are in an uproar about it. One tells NY Metro that wearing a helmet is "something that’s not cool. You look kind of dumb. I really don’t want to wear a helmet, but I will.”

With so many ghost bikes around town, and messengers generally riding fixed-gear bikes, one would think they'd be wearing helmets even without the fine! The new penalty will be $25 to $50, and employers who don't supply their employees will face a $250 fine and up to 15 days in jail.

Another messenger says it should be a personal choice, even though he's been in 13 accidents throughout his career on top of hitting over 100 jaywalkers. He goes on to question how the police will know if they're about to fine a messenger or a regular cyclist. Currently the city only requires helmets for regular cyclists under 14.

Seems like it may be difficult to enforce (what about off-duty bike messengers riding without helmets, etc), but to help get things moving this week the Department of Transportation handed out hundreds of free helmets to delivery workers in Chinatown, with a goal of distributing 4,000 more. The DOT is also requiring all businesses with bicycle operators to hang a poster (after the jump) that outlines the new rules. 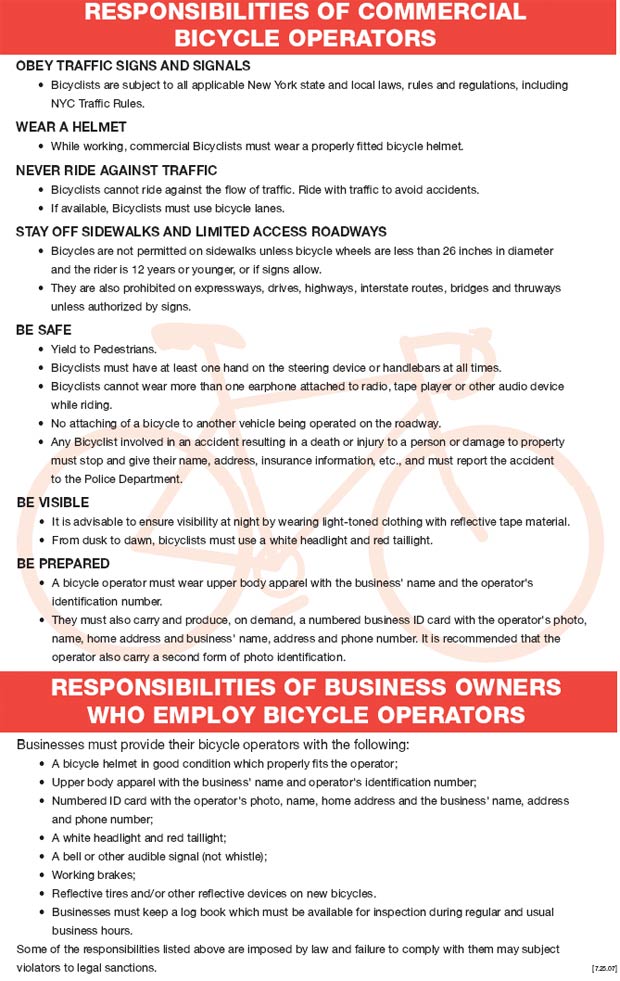 The poster is also available in Chinese, Russian, Korean and Spanish.