Being a DJ is hard—booking shows, touching your computer, gyrating, making popular songs sound worse than they already are, creating your own brand of terrible music. Being a DJ is even harder if you can't use social media to book gigs and promote your brand, which is what 26-year-old Scarlett Hauck alleges happened as a result of intense cyberstalking by her fiancé's ex-girlfriend, Angela Kovalesky.

Hauck, who goes by the DJ name Scarlett Etienne, has filed a countersuit (or REMIX SUIT) for $175,000 against 34-year-old Catholic Alumni Partnership executive director Kovalesky for allegedly cyberstalking Hauck and her fiancé, New York City lawyer Samir Tabar, forcing Hauck to steer clear of social media and costing her dozens of high-paying gigs.

Etienne said Kovalesky, of Brooklyn, is the real stalker, who tracked the international DJ on Facebook and Instagram, and made harassing phone calls to her Indonesian hotel last spring, threatening to “disrupt Etienne and Tabar’s lives if they did not pay her $1 million and end their relationship,” according to court papers.

Did somebody say they were up in the INDONESIAN HOTELLLLLLLLLLL.

This is the latest chapter in an ongoing dispute between Kovalesky and Tabar since Kovalesky filed a $4 million dollar defamation, battery, and abuse lawsuit, claiming a litany of incidents: Tabar was physically and verbally abusive, paranoid, and consistently violent, and at one point placed a dog tracking GPS in Kovalesky's purse to monitor her whereabouts. Kovalesky's lawsuit cites a number of situations where police were called. The Ivy League-educated Tabar was fired from his job at Schulte Roth & Zabel LLP as a result of the suit. 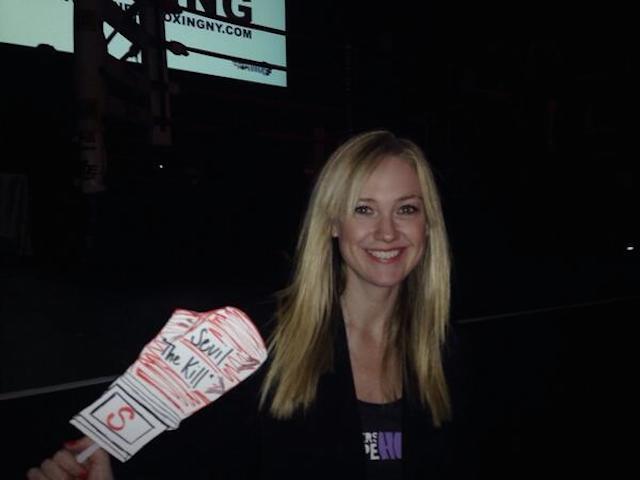 The countersuit from Hauck paints an equally as unflattering portrait of the ex-lover, with Kovalesky referring to Hauck as a "common tramp," and Tabar alleging that she "physically attacked him in a hotel room; destroyed property of his, including multiple cellphones; and referred to female friends of his, both love interests and Platonic friends, by all sorts of awful names (“slut,” “whore,” and “Jew turd,” among others)."

In a statement from her attorney, Kovalesky denies the the validity of the countersuit, calling the suit "meritless" and telling Above The Law, "Any problems that Ms. Etienne suffered during her time with Mr. Tabar are a result of Mr. Tabar and his misconduct alone. Ms. Kovalesky, who has also suffered considerably from her relationship with Mr. Tabar, never had any direct contacts with Ms. Etienne, aside from a brief meeting in 2012 when Mr. Tabar presented her to Ms. Kovalesky as the 'girlfriend' of his brother. The allegations that Ms. Kovalesky actively stalked Ms. Etienne online via social media are a complete fiction."

#Angela Kovalesky
#cyberstalking
#dj
#exes
#lawsuit
#Samir Tabar
#Scarlett Hauck
Do you know the scoop? Comment below or Send us a Tip