New York has more people than its subway cars can fit these days. But while the population's multiplying faster than those gerbils your mother made you give away in second grade, the city itself isn't getting any bigger—in fact, though New York's the most populous city in the country, it's only the 24th largest city in terms of land area (defined by the city limits) in the U.S. And it doesn't even crack the top 250 internationally, which is a good piece of trivia for when your friends complain about taking the train ALLLLL THE WAAAAAAY into Bushwick.

To illustrate exactly where our city sits in terms of size, storage site SpareFoot created map overlays to show exactly how we compare to other metropolitan areas and geographical landmarks. And they came up with some pretty cool stuff—for instance, did you know that Greater London is nearly twice the size of New York, in terms of land area? Too bad the Underground sucks: 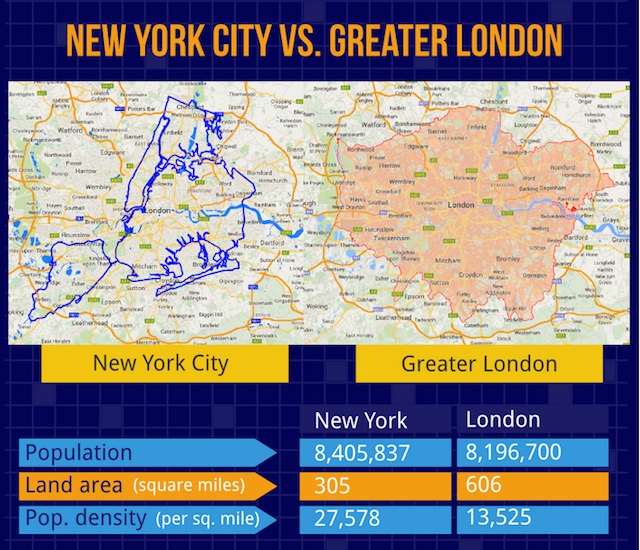 Tokyo is the most populated metropolitan area in the world, so it's appropriate that it's much larger than NYC in terms of land area. Still, it's noteworthy that Tokyo is SO large that its population density is 15,604 people per square mile, as compared to New York's 27,578 people per square mile. 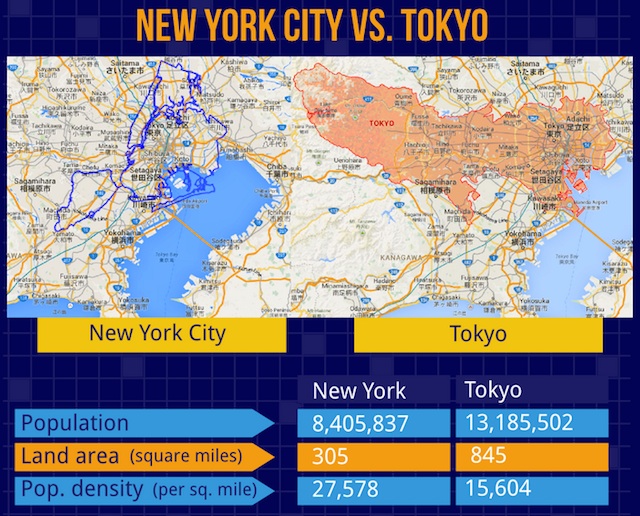 But while Tokyo's got sprawl, Seoul's packed tighter than the Union Square 4,5,6 platform on a weekday morning: 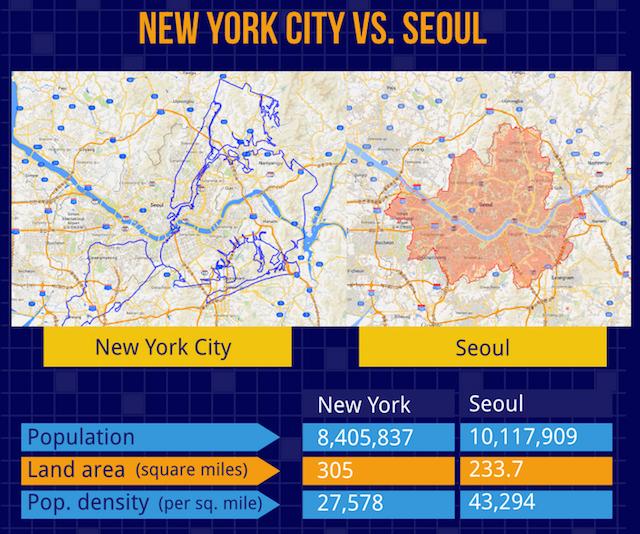 In other news, San Francisco is tiny, with 46.87 square miles populated by 837,442 people, every goddamn one of whom wants to pitch you their new app: 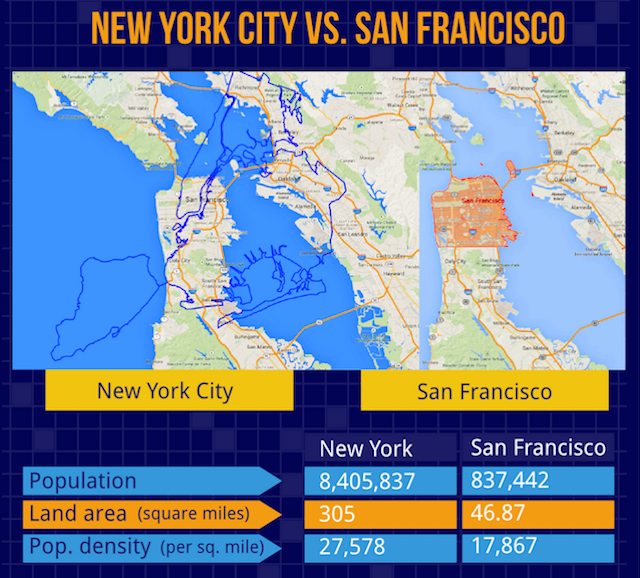 Then again, while we're weaving through eight million Canada Goose-clad bodies on Bedford Ave every Sunday, all the fishies in the Great Barrier Reef have lots of room to spread out: 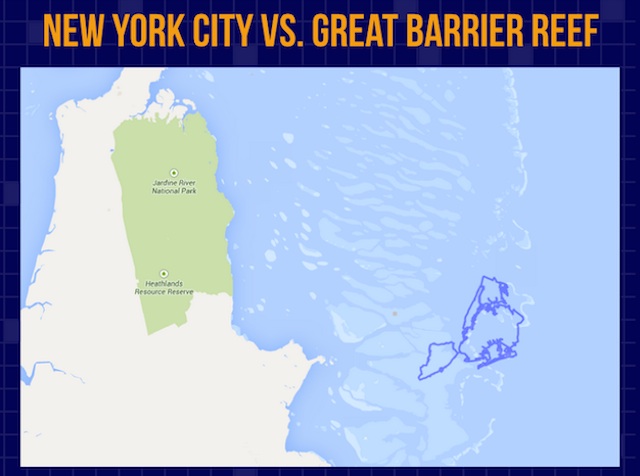 And it appears we can fit several NYCs in the Grand Canyon, should the New York Harbor finally overflow: 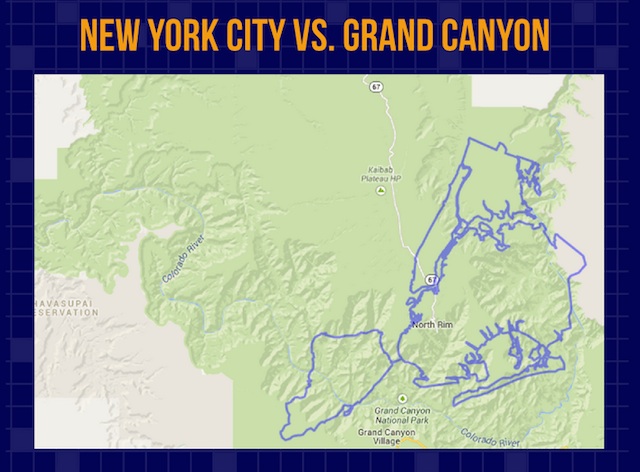 #land area
#maps
#population
Do you know the scoop? Comment below or Send us a Tip