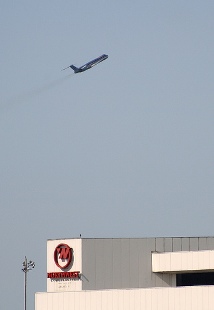 As long as the air traffic controllers union is trying to get more controllers hired, we have a feeling we'll be hearing more stories like this one: According to the Post, there were five "near collisions" at NYC area airports last month. The head of the air traffic controllers union Phil Barbarello said, "Air travelers should be seriously concerned about their safety. The margin of safety is as low as I have ever seen, and I've been with the agency [FAA] for 23 years." Eek!

Senator Charles Schumer has been criticizing the FAA for the lack of air traffic controllers for a while. JFK, LaGuardia and Newark are understaffed by 30% and having less controllers causes airport delays.