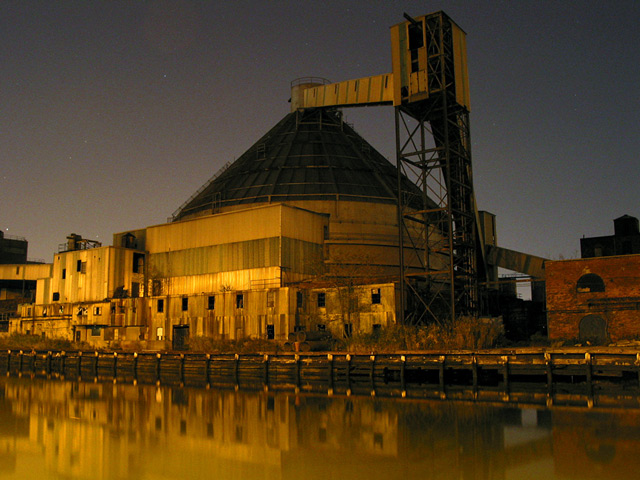 The National Trust for Historic Preservation released its 20th annual list of the 11 Most Endangered Places in the United States and Brooklyn's Industrial Waterfront topped the 2007 list of sites. The organization describes the industrial waterfront's history:

For more than a century, the New York City region was one of this country’s dominant manufacturing hubs. Due to its location on the East River and the New York Harbor, Brooklyn was the city’s industrial center with scores of maritime operations, factories, warehouses and sugar refineries. In the second half of the twentieth century, industry declined, and what’s left of that striking architectural and historical legacy is now at risk. Also at risk are the places that make Brooklyn “work,” the buildings and sites that house manufacturing and industrial jobs.

According to the National Trust for Historical Preservation, developers eager to cash in on a hot real estate market threaten to destroy Brooklyn's industrial legacy and the organization urges people to encourage Mayor Bloomberg to adequately fund New York's Landmarks Preservation Commission. The New York Times looks at the Trust's designation and notes that in 2005, 1,740 new building permits and 1,924 demolition permits were issued in Brooklyn. We have a list and photographs of the endangered Brooklyn sites after the jump.

It's not the National Trust for Historic Preservation's first notice of an endangered New York structure, although the prior list was not nearly as sweeping. In 2004, the Trust identified 2 Columbus Circle as one of the 11 Most Endangered Places in the U.S. It said the odd-looking building with a mixed reputation was an icon of the Modern Movement in architecture. Just last week, The World Monuments Fund listed the New York State Pavillion in Queens as one of the most endangered structures on the planet.

Red Hook's Civil War-era Graving Dock, to be paved over and turned into an IKEA parking lot

The Austin, Nichols Warehouse designed by Cass Gilbert, under expansion for conversion to luxury condos: 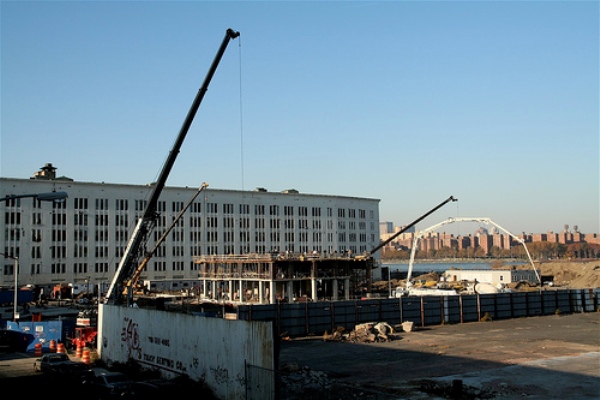 The Greenpoint Terminal Market, burned in a fire last year: 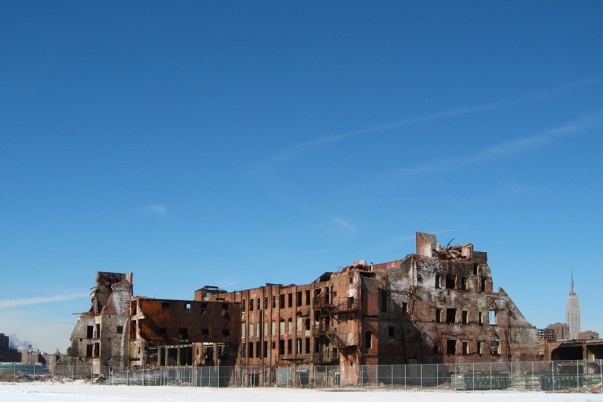 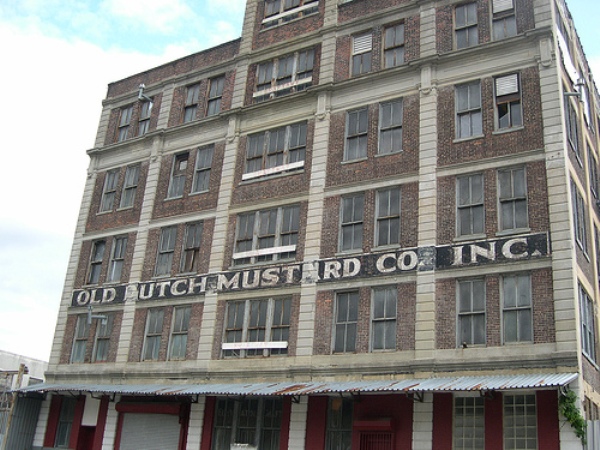 Photograph from Triborough; also see a set from UrbanFoto And the Revere Sugar Refinery (pictured at the top of the post) in Red Hook, recently demolished.