Today NASA has re-released the image that a satellite captured of smoke rising from Manhattan on September 11th, 2001. The day after the photo was taken from space, Station Commander Frank Culbertson of Expedition 3 wrote: "It's horrible to see smoke pouring from wounds in your own country from such a fantastic vantage point. The dichotomy of being on a spacecraft dedicated to improving life on the earth and watching life being destroyed by such willful, terrible acts is jolting to the psyche, no matter who you are."

Smoke could still be seen the next day—this image is from September 12th, 2001: 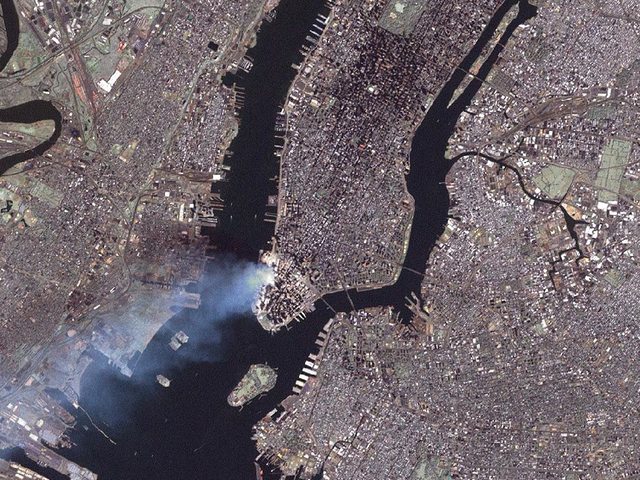 Last year NASA set up a page containing more images and video, which you can visit here.