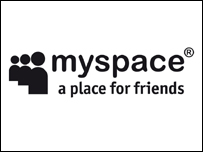 Note to public servants: Your embarrassing MySpace pages will get the tabloid once-over if you do something totally stupid. Last week, police officers Thomas Eliassen and Michael Danese were arrested after they stranded a 14-year-old boy who had been egging cars at a remote swamp. Now Eliassen's MySpace page, where he proclaims, "LET'S DO LINES OFF A STRIPPERS A--!!!", is getting attention from the boy's lawyer.

The boy, Rayshawn Moreno, claimed the officers also made him strip down to his boxers, forcing him to walk to a strip mall where a security guard called his parents. He also says the cops beat him and called him racial epithets. The cops claim they were going to pick up the teen after circling the block, but he was gone. They also deny taking his clothes, and police sources suggest Moreno stripped to "blend in" with the woods.

NYPD's Internal Affairs is investigating the incident, and lawyer Jason Leventhal said the MySpace page, which also says, "Damn, it feels good to be a gangsta" (the Staten Island Advance believes it's a reference to Office Space), "speaks for itself. This is a young officer who's not trained properly and has no respect for his shield and the authority that goes with it." Leventhal thinks the officers should be charged with kidnapping and official misconduct in addition to their current charges of endangering the welfare of a child and second-degree unlawful imprisonment.

And the posters at NYPD Rant seem to mostly think that the cops actions were just plain stupid. One says, "Anyone who is a cop...especially a NYC cop working in a renowned anti-cop atmosphere....who puts himself in a public forum such as MySpace is committing professional suicide."