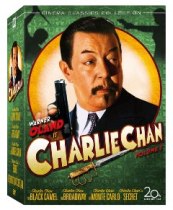 In May of 2006, a bouncer at Opus West 22nd Street was arrested after shooting four clubgoers, killing one of them. Then it turned out that Stephen Sakai was possibly connected to three other murders of associates from when he worked at a strip club in Brooklyn. Yesterday, Sakai took the stand in his trial for the three Brooklyn murders. And, boy, to be on that jury.

The Post reports that he used a fake Asian accent (the NY Times says it was reminiscent of Star Trek's Sulu), "consistently mispronouncing his l's as r's," and wore "Charlie Chan-style mustache." One example: "During this trial, I've had to sit there and listen to rie after rie."

According to the Daily News (which said the Asian accent was "comically thick"), his mother claims Sakai has had a speech impediment. At any rate, Sakai claimed that former co-workers Irving Matos and Edwin Mojica were killed "because they supported me, collecting evidence against a dirty cop."

When Sakai was cross-examined, prosecutors asked him why he changed his last name from Sanders to Sakai (to "honor...family members"), what ninjitsu is (it was on his resume, apparently it's training to be a ninja), how he claimed he flew to Asia without a passport (a businessman's private jet, of course) and where a secret journal with information in it was. Sakai said his mother was bringing the journal to court, but didn't realize his mother was in the court room. From the NY Times:

“Isn’t she in the courtroom?” [prosecutor Timothy] Gough asked.

Mr. Sakai said she was not. Mr. Gough pointed out Ms. Troutman in the gallery.

From her position by the center aisle, [Sakai's mother Carmen] Troutman spoke up in a clear, unaccented voice.

From the witness stand, Mr. Sakai accused his lawyer of taking part in a conspiracy against him. Justice John P. Walsh, who is presiding over the trial in State Supreme Court, called the lawyers out for a private conference. Mr. Sakai gazed off. The jurors stared down at their feet. Several minutes passed.

Sakai's lawyer was unable to get a mental exam for the defendant. Mojica's sister said, "It's ludicrous. I ust hope everyone can see through this."

And Sakai will face another trial for the shooting outside Opus 22.