It's 2010 all over again: multiple people claim that they have been bitten by bedbugs at the AMC Empire 25 multiplex in Times Square.

Joseph Matoske, a 28-year-old Astoria resident, and his girlfriend went to the movie theater on Friday to see (you guessed it) Ant-Man when they encountered the blood-sucking bugs. "As soon as we got home, we noticed we were both itchy and covered in huge bug bites," he told us. He spoke to a person at the theater who "claims they're going to close down that section of the theatre. They offered us comp tickets to any AMC location for our troubles." 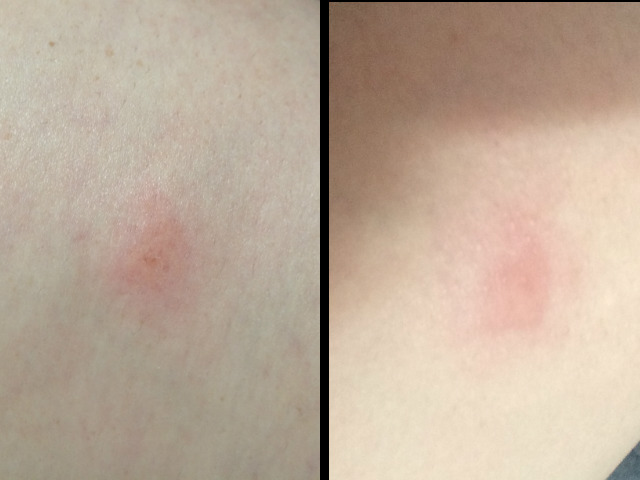 Matoske noted that the AMC employee asked him about their specific seats in theater 19. This sounds like the same strategy the company used to deal with bedbugs when that same location was overrun with them back in 2010—back then, they closed the theater-in-question down, then removed and treated specific seats where the bedbugs were spotted.

My arm after being bit by bedbugs at the AMC theater on 42nd street yesterday. @AMCTheatres @ABC7 pic.twitter.com/eFtfedOflm

In addition to Matoske and his girlfriend, at least three other people have complained about bedbug bites there over the last week, including Cindy Feng, who posted multiple shots of her bites on Facebook.

***PLEASE BE ADVISED THERE MAY BE DISTURBING IMAGES***---WARNING TO PEOPLE IN NEW YORK---I'm not sure about the other...

#amc
#amc empire 25
#bedbugs
#movie theater
#Times Square
#original
Do you know the scoop? Comment below or Send us a Tip
A new Gothamist is coming! We’ve moved comments over to our beta site. Click here to join the conversation and get a preview of our new website.