The MTA will not run ads from right-wing demagogue Pamela Geller, who wanted to spread the word that those who oppose Israel are "savages." Geller has previously bought ads on MTA buses showing a plane about to hit the second tower at the World Trade Center, with a rendering of the Islamic center and mosque planned for Lower Manhattan, and the question, "Why There?" The MTA first rejected that ad, then approved it after Geller threatened to sue. Naturally, she's threatening to sue again, so there's still hope her xenophobic message of hate will come to a subway station near you!

An executive at CBS Outdoor, which is the MTA's media management company, told Geller that the proposed ad violates authority standards, because it "demeans an individual or group of individuals." CBS is willing to consider the ad with revisions, the Daily News reports, or Geller can request a "formal and final determination."

In the meantime, MTA will accept a more cuddly pro-Israel ad submitted by another organization, Stand With Us, an international non-profit "dedicated to informing the public about Israel and to combating the extremism and anti-Semitism that often distorts the issues." This ad, which will run for a month, is likely a response to this controversial pro-Palestine ad, which Assemblyman Dov Hikind called "very, very dangerous." 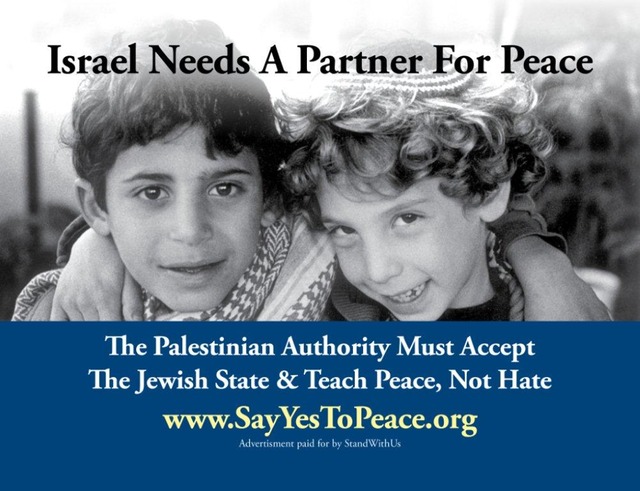 #israel
#palestine
#Pamela Geller
Do you know the scoop? Comment below or Send us a Tip