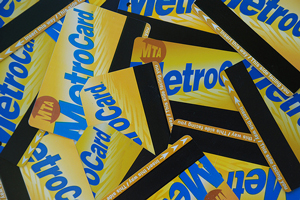 Now that a political accord has been reached to bring congestion pricing to New York City that makes driving into the city more expensive, the city is turning its attention to mass transit riders, and the MTA is proposing a fare hike for buses, subways, and other area transit railways. The story at CBS 2 News notes the irony that Mayor Bloomberg sold his congestion pricing plan to New Yorkers by heavily emphasizing that revenues extracted from drivers would be used to prevent a fare hike for bus and subway riders, but news of a fare hike came literally within hours of the successful compromise to enact his plan.

"We need the monies to pay the people who work for our mass transit system for the MTA. We want to be able to hold the fares down because you don't want to have disincentives for people to take mass transit," Bloomberg said Sunday.

Mayor Bloomberg was uncharacteristically silent when asked about the MTA's announcement, refusing to even acknowledge a reporter as he conferred with his press secretary, posed for a picture with a fan, then walked briskly to his car. MTA CEO Elliot Sander remarked on a fare hike, "I've always said it was a real possibility." Gov. Spitzer sounded pragmatically positive regarding a price increase for riding the subway and buses, saying, "Everything has to be considered."

NY1 reports that the MTA will discuss a fare hike during a meeting to discuss its finances scheduled for next week. The organization is attempting to figure out how to deal with budget deficits, a need for capital improvements to the subway system, and how to finance the construction of the 2nd Ave. subway. Any hike would likely go into effect some time next year and would be the first since 2005. No cuts to service are being discussed. The size of the proposed hike has not been determined.