The MTA unveiled its 2008-2013 Capital Plan, which explained almost $30 billion will be needed to improve mass transit and complete projects like the Second Avenue Subway, the East Side Access plan and more by 2030 (many of those projects will also be delayed). Though the current MTA capital plan doesn't expire until next year, the MTA presented this plan because the state congestion pricing legislation required them to present a plan by the end of the first quarter of 2008.

Therefore, the plan included $4.5 billion in funding that would come from congestion pricing. According to the NY Times, the MTA "tentatively identified $20 billion" in potential sources for money (including the congestion pricing funds) but MTA officials "were unable to say where the remaining $9.5 billion would come from." Supposedly the MTA will ask Governor Spitzer and the Legislature for funding help, but let's say it now: Good luck with that! 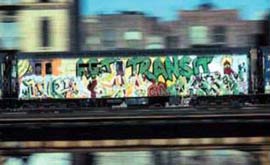 The MTA Capital Plan has three options, laying out how the MTA could function on just $20 billion or really complete long-gestating projects with almost $30 billion:

Also, the openings of phase one of the Second Avenue Subway and East Side Access were pushed back to 2015 (originally to 2014) and there's no end in sight for the Fulton Street Transit Center. Second Avenue Sagas has some more details about the plan, noting that of the stations to be rehabbed, "the flagship is probably the Bleecker St./Broadway & Lafayette renovation," plus the lack of discussion about the Metrocard.