MTA Looks Ahead to "Draconian" Times 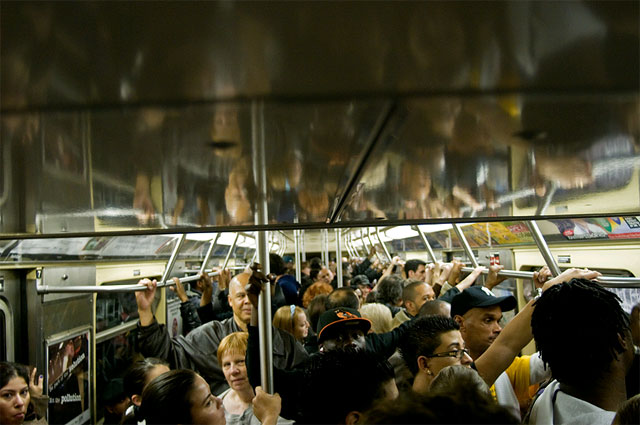 Now, that the MTA's 2009 budget gap has quadrupled from $300 million to $1.2 billion, the agency is trying to figure out what to do next to close the gap. Regarding likely service cuts, fare hikes and possible layoffs, MTA CEO Elliott Sander said, "The word 'Draconian' is not inappropriate."

The Permanent Citizens Advisory Committee to the MTA's William Henderon said, "One of the scary things is if you look at how much a 1 percent increase raises, and then look at the total that needs to be raised." (A 1% fare hike would be about an extra $50 million.) WCBS 2 reports that "If the gap is closed only from the fare box straphangers and commuters could face a hike of something like 28 percent," so that's why additional revenue streams, like tolls for currently free East River crossings, are being considered.

There were no details of what may be cut, but the Daily News reports that "bus riders - particularly on express routes - would likely see the biggest cuts." Also, "Subway riders would see fewer trains, especially on lines with parallel service, such as the Broadway line in Manhattan, where N, R and W trains run." And Richard Ravitch, who heads the commission on how the MTA can increase revenue, said the MTA's situation is very, very serious. It will have a very painful effect on the riders of this system in many respects. On the other hand, there will be a lot of pain in any solution as well."