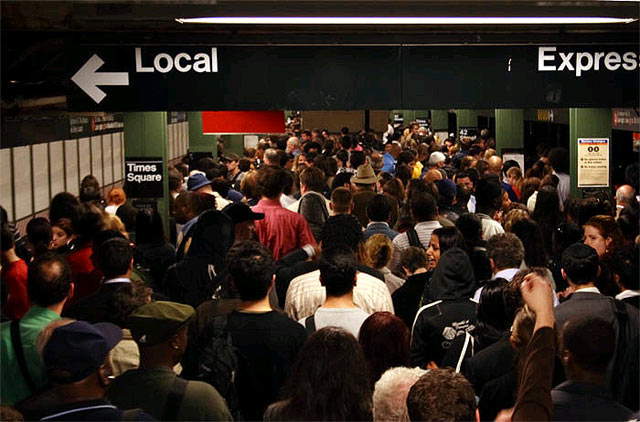 NYC Transit President Howard Roberts Jr. doesn't seem to have a very positive self-image when it comes to the 468 subway stations he governs over. In an interview in today's NY Post, Roberts admits that maybe 100 of the stations are in good condition saying, "There's nothing out there that anybody's proud of."

What's worse is that Roberts admits that even with the proposed fair hikes, no improvements can be expected. The two hikes over the next three years would "only maintain the status quo." That's a status quo that MTA advisory-board member Andrew Albert says riders are reasonable to be upset with. "When something looks decrepit, it looks like management doesn't care about their riders," Albert said.

With fare hikes not being enough to whip the system into shape, the NY Times reports that another funding idea is creeping its way back into the discussion: congestion pricing. Naturally Mayor Bloomberg is quick to jump on that idea saying, “Unless the commission, which is actually made up of some very smart people, unless they can discover the fountain of youth, I think that that’s exactly what is going to come out of it.”

#budget crisis
#fare hike
#Howard Roberts Jr.
#MTA
#subway stations
Do you know the scoop? Comment below or Send us a Tip