MTA Gets To Keep Treading Water Thanks To Capital Plan Approval

Back in March, MTA Chairman Tom Prendergast admitted that unless the state budget was finalized with funding for the MTA's 2015-2019 capital plan, his authority was on track to run out of money for new capital projects by June 30th. The MTA would have been reduced to a maintenance agency, keeping up with safety-critical track repairs but unable to award new contracts for major, arguably critical, projects like new subway cars and buses, and phase two of the Second Avenue Subway.

This week, that fate has been narrowly avoided. On Tuesday the MTA announced that the Capital Plan Review Board—a group with final veto power over state-approved MTA funding plans—has voted in the $27 billion 2015-19 Capital Plan, after nearly two years of debate and buck-passing between city and state officials.

"The MTA is the lifeblood of the New York metropolitan area’s transportation network and we must ensure it has the capacity to meet the travel demands of the next generation and fuel one of the largest economies on the globe,” stated Governor Cuomo, whose investment in NYC's crumbling infrastructure has historically been disappointing.

"Today marks a major step forward for the MTA, and the people of New York,” added Prendergast in a statement. "With historic levels of funding through the capital plan, we have the resources and support we need to fulfill the Governor's mandate to renew, enhance and expand our transportation infrastructure."

The state and city agreed to fund the MTA's 2015-19 capital plan in October—an announcement that turned out to be a small gesture in the midst of the longest capital plan approval process in state history. 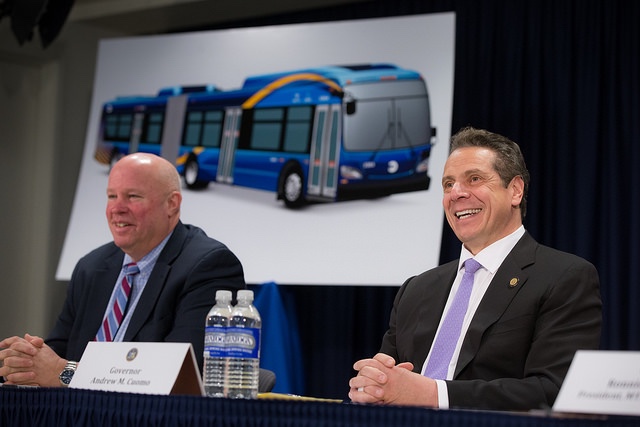 "It's definitely a relief," said William Henderson, director of the watchdog group Permanent Citizens Advisory Committee to the MTA, of the plan's approval. "The MTA has pretty much run out of tricks to shuffle money around."

The plan earmarks funding for Cuomo's controversial renovations to 31 subway stations in NYC, which will likely result in lengthy station shutdowns. $2.5 billion has been set aside for the East Side Access project connecting the LIRR to Grand Central, and $695 million for four new Metro-North stations in the Bronx. Phase 2 of the Second Avenue Subway has been promised a $1 billion injection (we laid out the asterisks to this promise last month).

But while the MTA now has permission to award new contracts, the entirety of the $27 billion capital plan—including the full $7.3 billion from Governor Cuomo and $2.5 billion from Mayor de Blasio—has not been set aside in neat stacks for the authority's taking. (The Governor's office said on Tuesday that the state budget includes 2/5 of the remaining $7.3 billion.)

"The MTA has an approved spending plan for new projects," Henderson clarified. "But they don't necessarily have the money that funds that. The fear is what they are going to have to do to get all the money. If that means borrowing [from the city and/or state] that requires them to make some changes in their fairs or tolls to support that borrowing, that's a bad thing for riders."

"We're glad the MTA capital plan is finally approved. It's taken well over a year," said Nick Sifuentes of the straphangers advocacy group Riders Alliance—a group that has long been skeptical of the governor's monetary commitments. "The question is where that money is going to come from."

Both the Mayor's and Governor's offices have been adamant in recent months that concerns about funding sources for the capital plan are unfounded, describing their commitments as "ironclad."

"Through the Enacted Budget, the State's commitment of $8.3 billion in new funding for the MTA is now law," said state budget spokesman Morris Peters in a statement.

#Cuomo
#MTA
#mta capital plan
#subway
Do you know the scoop? Comment below or Send us a Tip